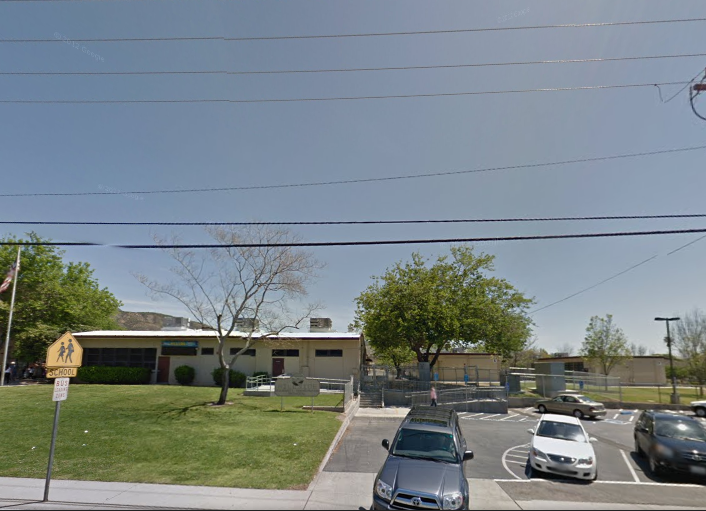 SAN BERNARDINO-(VVNG.com): On December 3rd at approximately 11:00 a.m. Hillside Elementary School, located at 3rd 4975 N Mayfield Ave. in  San Bernardino was placed under temporary lockdown. The lockdown lasted for approximately 30 minutes while authorities attempted to apprehend a vehicle theft suspect that had fled from the scene after being approached by a Sheriff’s Reserve Deputy while in a stolen Mazda Protege parked near 48 street and Mayfield in the city of San Bernardino.

The deputies determined the suspect had run into the female suspect’s house. With assistance from the San Bernardino Police Department, the deputies secured a perimeter around the house and advised the nearby Hillside Elementary School to lockdown. Several attempts were made for the suspect to come out of the house through public address announcements.

There was no initial reply until deputies made visual and verbal contact with several juveniles inside the house. The children were able to come out of the house one at a time and were taken away from the activity. Three additional adults were ordered to step outside to be detained. Deputies made entry and contacted the driver, who had been hiding in a bedroom.  Ibanez is on felony probation and was arrested without further incident. The Department of Children’s Service assisted in processing the children.

Ibanez and Lozano were arrested and booked for possession of the stolen car.  Ibanez was also charged, along with Montoya, with child endangerment.