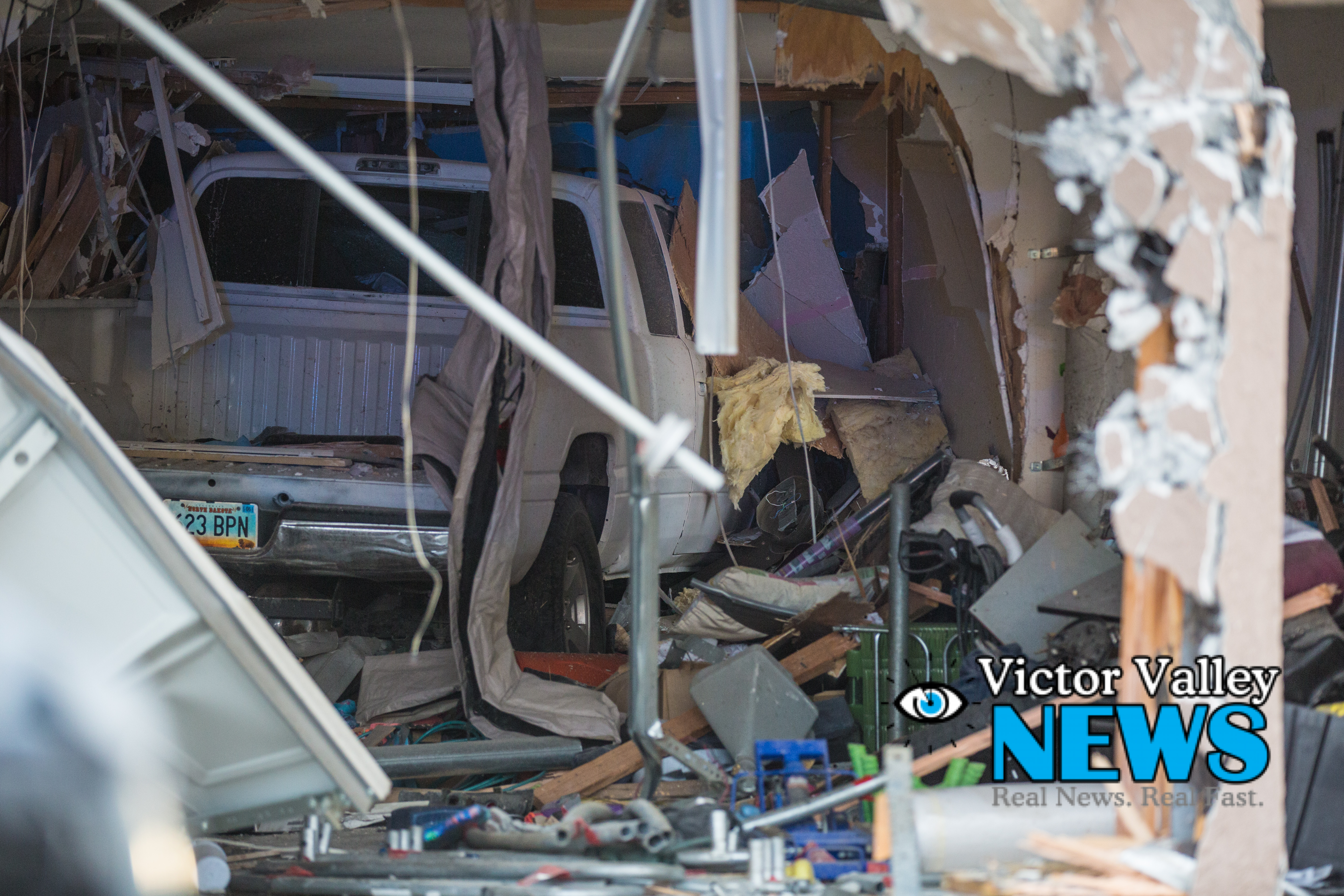 VICTORVILLE, Calif: (VVNG.com) A woman was arrested after she plowed through a Victorville home at a high rate of speed, causing major structural damage.

Deputies responded to the 13000 block of Claremont Road and Cobalt Road just before 4:00 p.m. on Saturday, November 19th, reference a white full-size pickup truck that plowed through a home.

The homeowner was outside in the front yard washing his car when he heard the loud skidding. “I looked back and just saw the truck going right through the garage, I was in shock,” stated the homeowner, who was less than 15 feet away from the where the impact occurred.

The truck hit a Toyota Tundra that was parked in the driveway and continued into the garage and through the home. The truck was lodged about 20 feet into the home, resting partially in the kitchen and living room.

“Once on scene, we realized the magnitude of the vehicle that far into the house, so we started Rescue 40 out of Hesperia and also requested building and safety to respond,” stated Captain Dan Nafzgar with the San Bernardino County Fire. “Sheriff’s shut down the roadway for us, and we went around and shut down all the utilities.”

Southwest Gas was requested to respond due to a gas leak in the home, and SCE was also requested.

The homeowner helped the female driver out of the vehicle. According to witnesses on scene the woman was acting erratically and yelling obscenities from the back of the patrol unit.

Deputy Demara confirmed that the truck was stolen, and as a result, the woman was taken into custody. 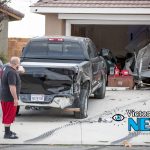 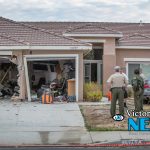 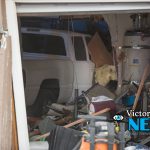