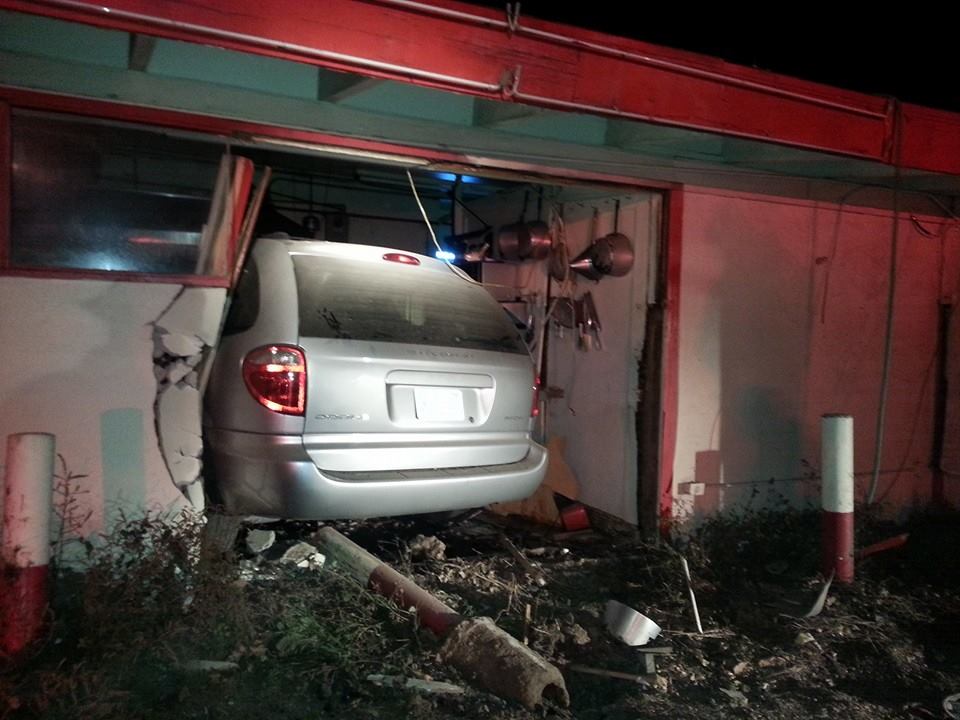 The manager of the Summit Inn, a famous site for drivers since the heyday of Route 66, said the alleged drunk motorist veered off the freeway and drove right into the kitchen after 4 a.m.

The driver and the passenger both walked off after the crash.

The person behind the wheel was later found passed out about a mile away.

The passenger was discovered nearby with head injuries.

No one inside the eatery was hurt.