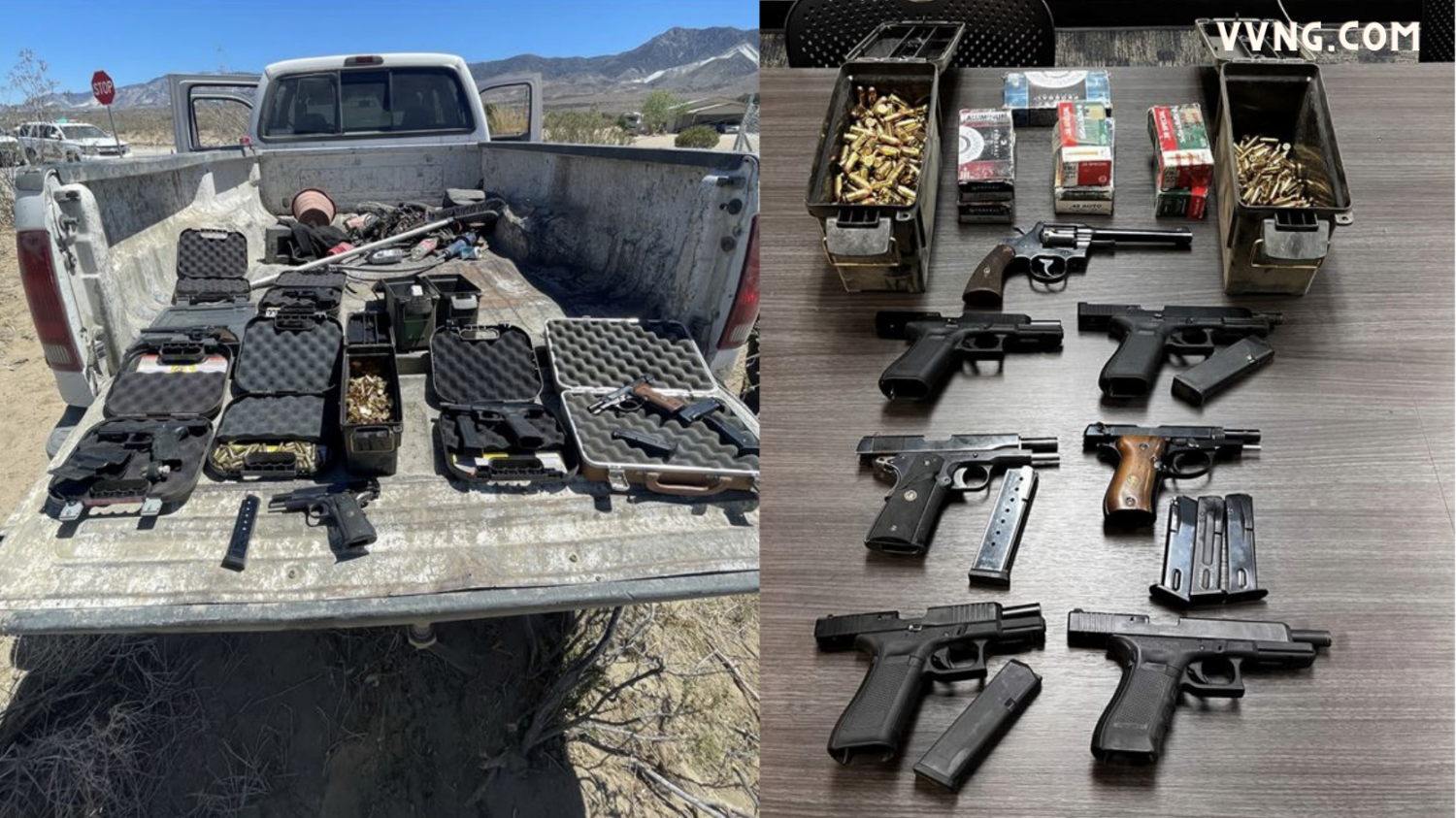 On Saturday, June 18, 2022, at 11:59 am, Deputies A. Schwingel and B. Coley with the Victor Valley Sheriff’s Station attempted to stop a white Ford-F150 for California vehicle code violations in the area of Buenos Aires Road/ Buena Vista Road in Lucerne Valley.

The driver of the vehicle, later identified as 37-year-old Thomas Barnett, a resident of Lucerne Valley, refused to stop.

According to a news release, “During a search of the vehicle, deputies located a loaded handgun on the driver’s side floorboard and six additional handguns in a black storage box. The firearms were confirmed stolen during a recent burglary in Apple Valley.”

The vehicle Barnett was driving was reported stolen out of the city of Ontario in January 2022.

Thomas Barnett was arrested and booked at High Desert Detention Center and is currently being held without bail on a parole violation.

The investigation is ongoing and anyone with information is asked to contact Deputy A. Schwingel, at Victor Valley Sheriff’s Station at 760-552-6800.