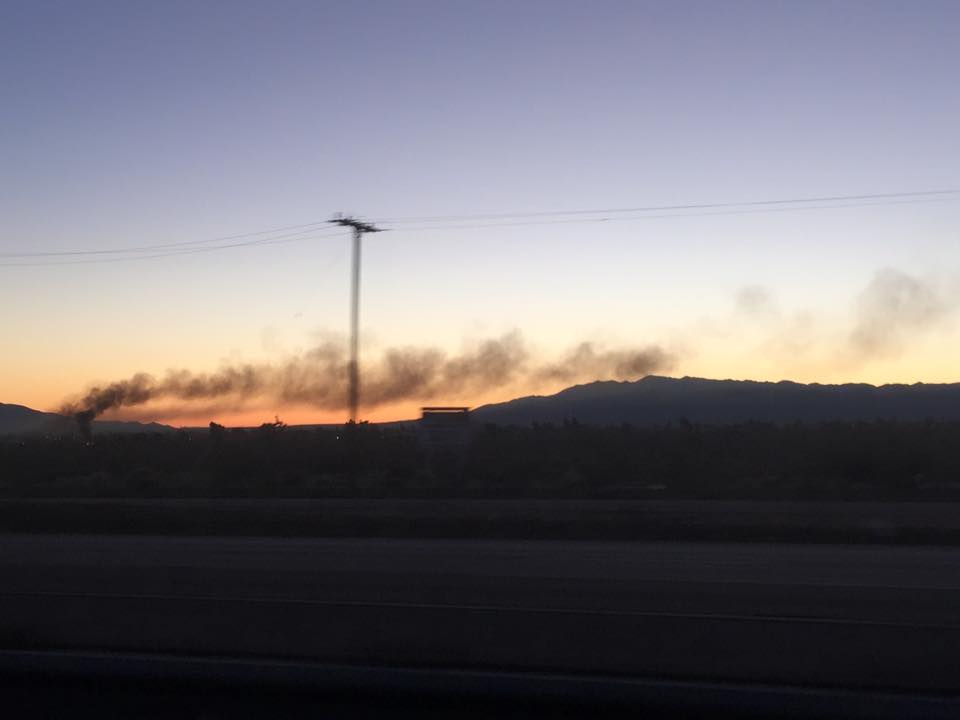 HESPERIA:(VVNG.com) – On Wednesday, January 14, 2015 at approximately 6:30 AM dispatch received calls reporting a large fire in an open field. The smoke and fire were visible from the 15 Freeway.

Firefighters quickly responded to the intersection of Eucalyptus Street and Maple Avenue in Hesperia. Upon arrival they found a vehicle fully engulfed along a dirt road with nobody around.

After the fire was put out, Officers ran the VIN number and it was determined to be a reported stolen vehicle. The vehicle is described as a white in color Daewoo.

The cause of the fire is suspected to be arson and the Arson and Bomb Team is investigating this incident.