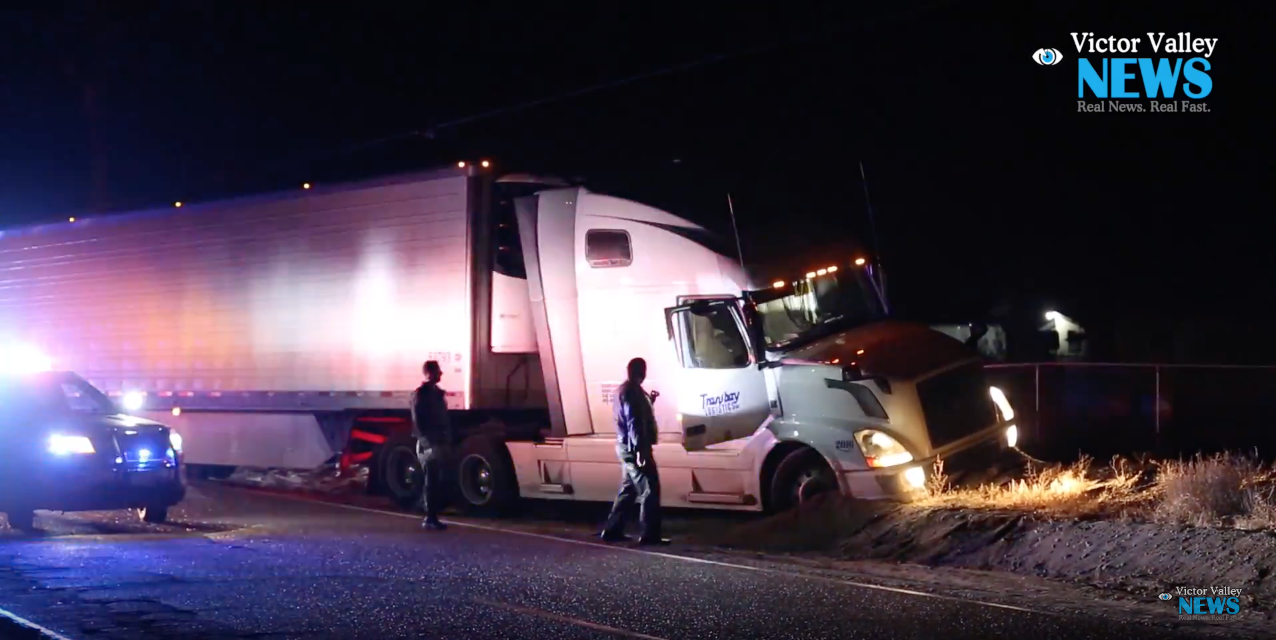 PHELAN, Calif. (VVNG.com) The driver of a stolen big rig was taken into custody after leading San Bernardino County Sheriff’s Deputies on a short pursuit through the Victor Valley Friday.

The tracking began about 8:10 p.m. in Hesperia, where sheriff’s deputies were notified that a GPS tracking device installed on the rig was activated near Highway 395.

Technology allowed Victorville Deputies to track the speeds and pinpoint the exact direction the big rig was traveling in until it came to a stop at Sheep Creek Road and Phelan Road.

With deputy cruisers closely behind him, the driver made his way onto northbound Sheep Creek Road and continued at a slow speed until he veered into a dirt berm.

After the truck was stopped by the mound of dirt in its path, the passenger fled on foot into a nearby desert near Duncan Road, and the driver remained on scene and was taken into custody, according to authorities.

The suspect that fled was apprehended moments later and taken into custody.

The owner of the rig who lives in Murrietta was contacted and informed his eighteen-wheeler was located.