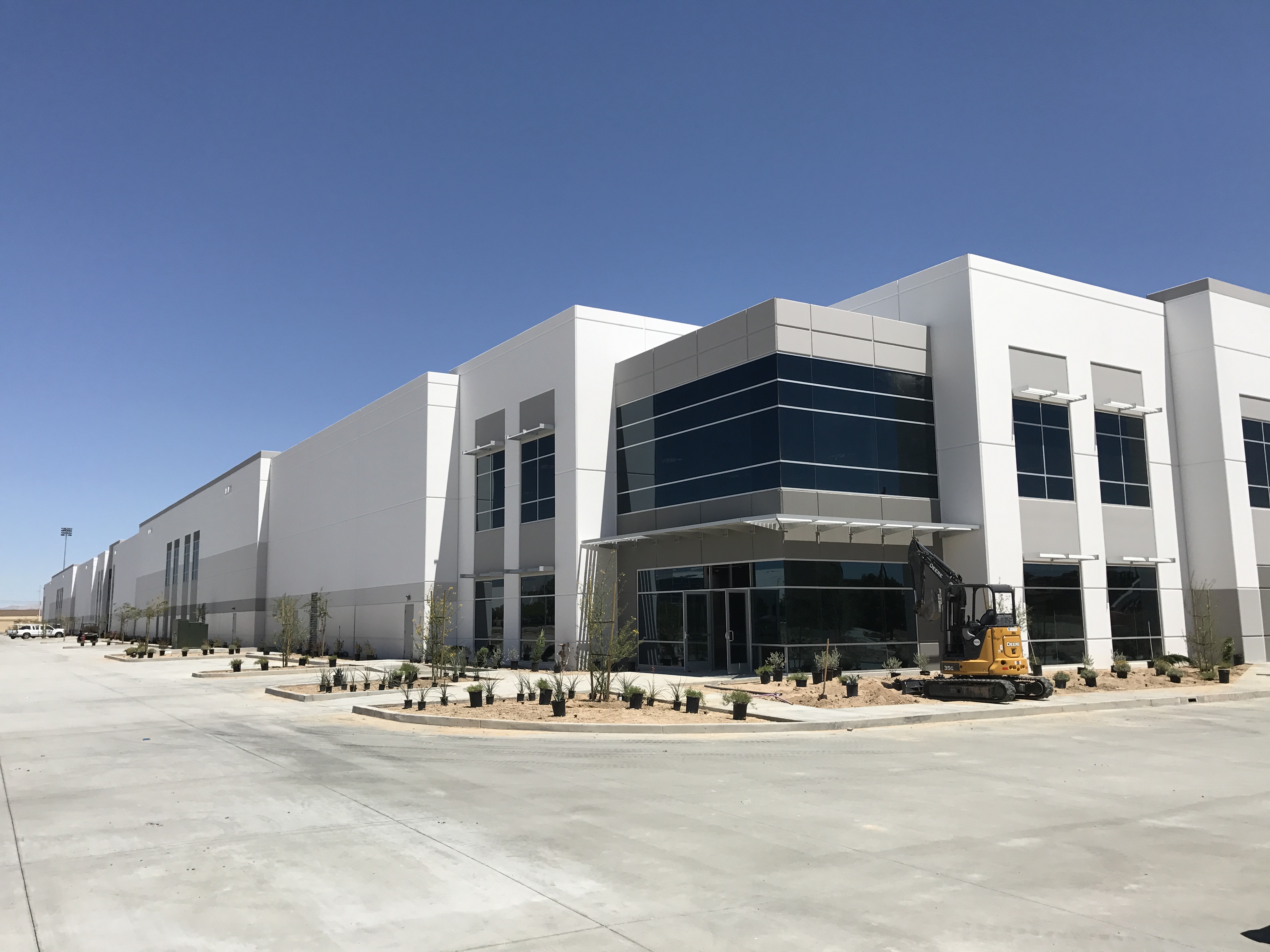 VICTORVILLE, CA – As a testament to the continuing economic growth within the Inland Empire’s High Desert region, Stirling Development is pleased to announce it has executed a three-year 195,508-square-foot industrial lease with Newell Brands for Distribution Centre 18 (DC 18) in Victorville, CA. The 370,023-square-foot facility is located at Southern California Logistics Airport, (SCLA) an 8,500-acre multimodal freight transportation hub which includes a 2,500-acre commercial and industrial complex entitled for 60 million square feet of development. The facility was completed ahead of schedule on June 22, despite its large size and the excess rains this year.

This lease with Newell renders DC 18 to 100 percent occupied. The remainder of the building will be occupied by Plastipak Packaging, Inc., which signed a five-year 174,515-square-foot lease in late 2016 prior to construction. DC 18’s tenants are anticipated to generate approximately 200 new jobs and an estimated total of 700 ancillary jobs within the region. Move-in for both tenants is anticipated for late this month.

Newell Brands, a consumer goods company, has been a tenant at SCLA since 2007. With this latest lease, the company will now occupy in excess of one million square feet at SCLA. Additionally, Plastipak, a world leader in the design and manufacture of high-quality, rigid plastic containers for the food, beverage, and consumer products industries, will now occupy nearly 500,000 square feet of space within SCLA. Plastipak has been a tenant at SCLA since 2009.

“It is a true success story for SCLA and Stirling to see businesses like Newell and Plastipak thrive and grow within the High Desert. From our full-time office within the park, our asset management team has assisted both tenants to comfortably navigate their expansion needs. We are thrilled that they have once again chosen to call SCLA home as they expand,” said Brian Parno, Chief Operating Officer of Stirling Development. “We believe that the combination of SCLA’s logistics-driven location, the quality of SCLA’s master plan and Class A facilities, and affordability and availability of land are all major factors to the success of this project.”

Parno added: “This is the second industrial facility at SCLA within the past year to be fully pre-leased to large users. Big box leases in the Inland Empire North region are about two-thirds the cost of facilities in other Inland Empire markets. This cost savings along with nearby affordable housing and abundant labor force makes SCLA an attractive location for manufacturing and distribution users.”

Jay Dick of CBRE handled leasing on behalf of Stirling Development and Ryan Athens of CBRE represented Newell Brands in the transaction.

Felon, 21, Shoots at Unoccupied Vehicle and Threatens to Shoot Victim