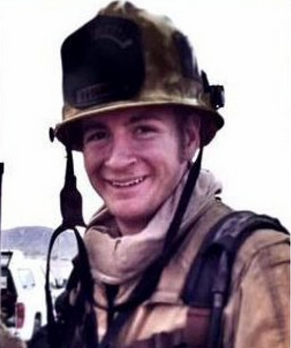 BAKERSFIELD-(VVNG.com): Hesperia resident Jonathan Hearn, 24 plead not guilty to the murder of Robert Limon after a November 20th not guilty plea. The November 18th  arrest of the Redland’s firefighter and Sabrina Limon, the wife of Robert Limon for the suspicion of conspiracy to commit murder caused shock as well as national  media attention. Limon has since been released without charges, but the District Attorney is only sharing that they have sent the case back to sheriff’s detectives for further investigation.

Reports indicate that thousands of text messages were sent between Sabrina Limon, 35 and Hearn, 24. According to authorities the two were having an affair, which may have led to the murder of the BNSF railroad worker.

The December 5th, status hearing scheduled for Hearn has been continued for February 4th at the Kern County Superior Court in Bakersfield.  Hearn is being held at the Kern County jail without bail. Hearn, who has been a firefighter since 2012 has been placed on leave pending the trial outcome.

The family of Robert Limon is saddened, by not only the untimely death of Limon, but also the looming possibility of Sabrina Limon’s involvement in this death that left the family feeling broken.