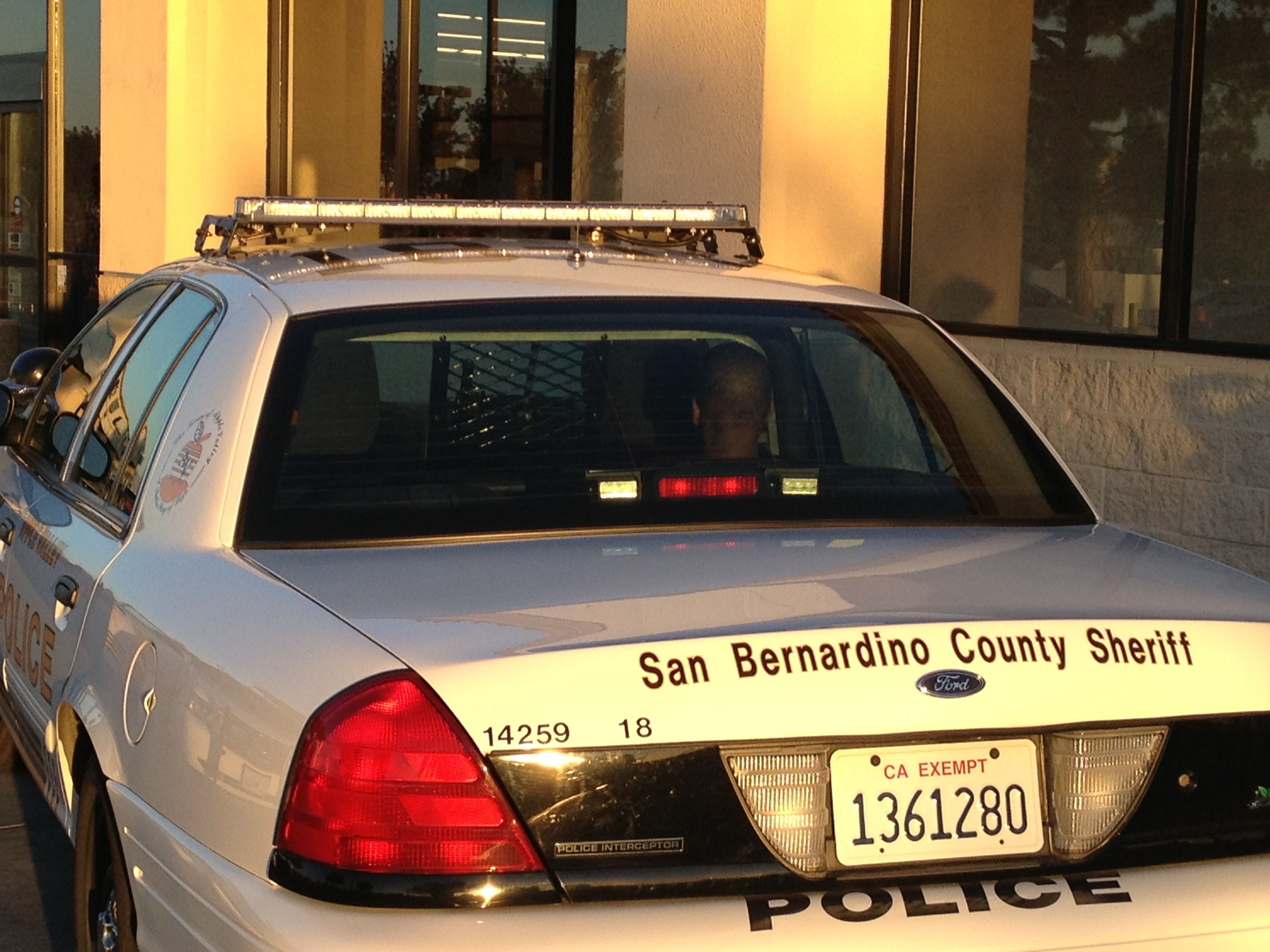 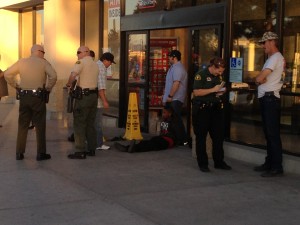 Victorville- at approximately 7:00pm, Victorville dispatch received calls that Stater Bros had a burglary in progress.
According to witnesses on scene, two, possibly three, suspects attempted to steal from the store. Upon leaving they were approached by store security, when a fight broke out between the security guard and one of the suspects. The suspect that attempted to fight was detained and held down by store employees until officials arrived.
The second suspect ran on foot and was apprehended moments later. A third subject was detained on Hook Blvd, just north of the Stater Bros., and may have been a possible suspect as well. 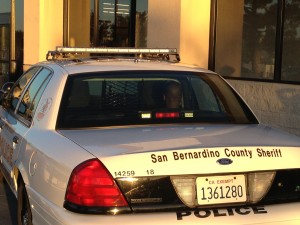