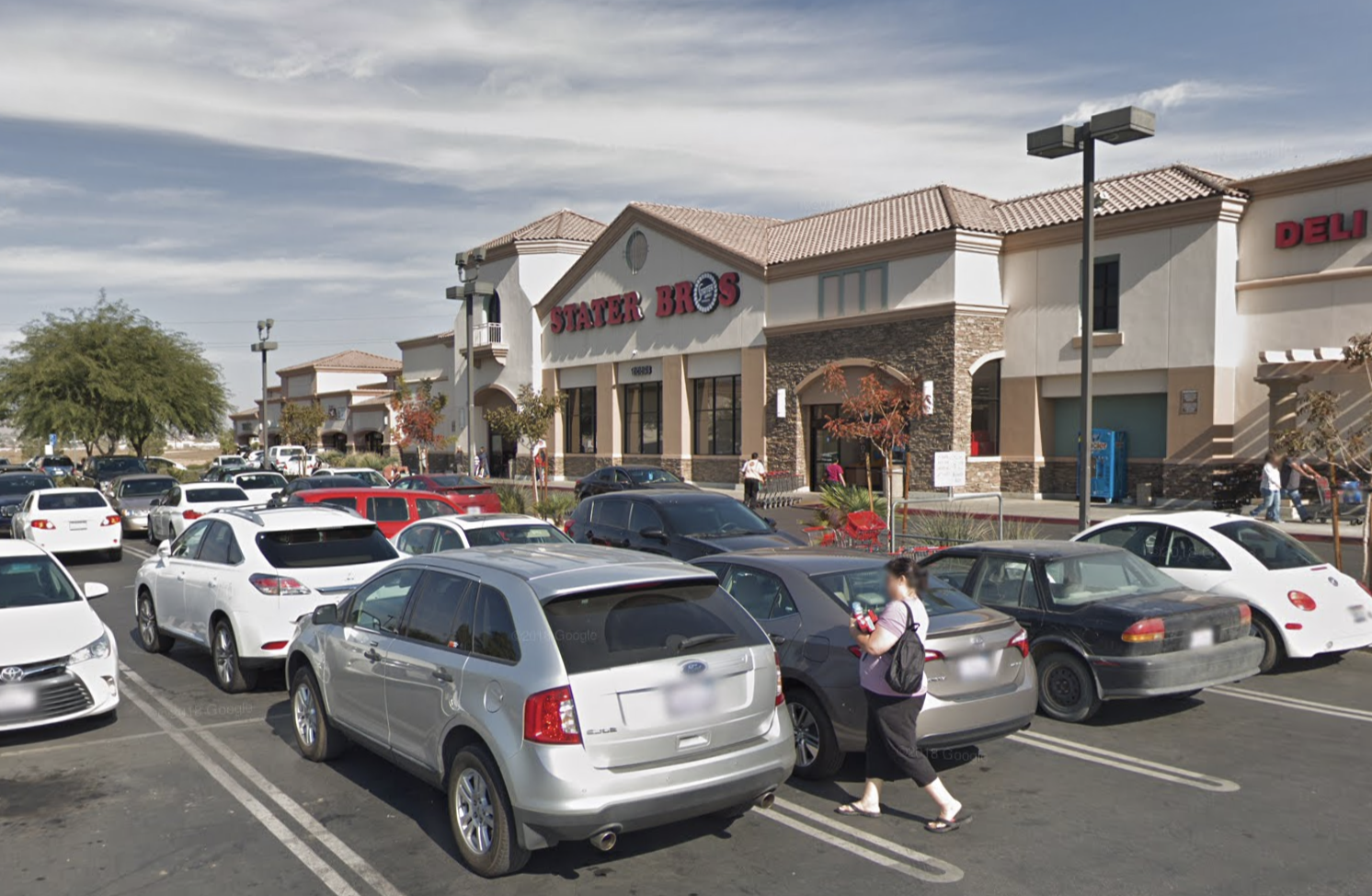 APPLE VALLEY, Calif. (VVNG.com) — A suspect out on felony probation is back in jail after stealing $100 in merchandise and hitting a Stater Brothers employee with his vehicle, officials said.

On Sunday, August 4, 2019, at 09:06 pm, deputies from the Apple Valley Police Department were dispatched to the grocery store located at 12253 Apple Valley Road.

When Deputies arrived they were informed, the suspect Allam Albritton a 35-year-old resident of Hesperia, entered the store and took approximately $100 in merchandise.

Albritton exited the store without paying and got into the driver side of a vehicle.

Sheriff’s spokeswoman Jackie Alban said, “the victim, a Stater Bros employee, exited the store, standing behind the cement curb, in attempt to get the license plate of the vehicle Albritton was in. Albritton put the vehicle in reverse hitting the victim in the right leg and fleeing the scene.”

Deputies found Albritton to be on Felony Probation for robbery and was later found at his probation address on file. He was arrested and booked into High Desert Detention Center for PC 245 and PC 211.

The victim was treated and released at the scene by AMR for the complaint of leg pain.

Anyone with information should contact Deputy T. Loup with the Apple Valley Police Station at (760)240-7400.