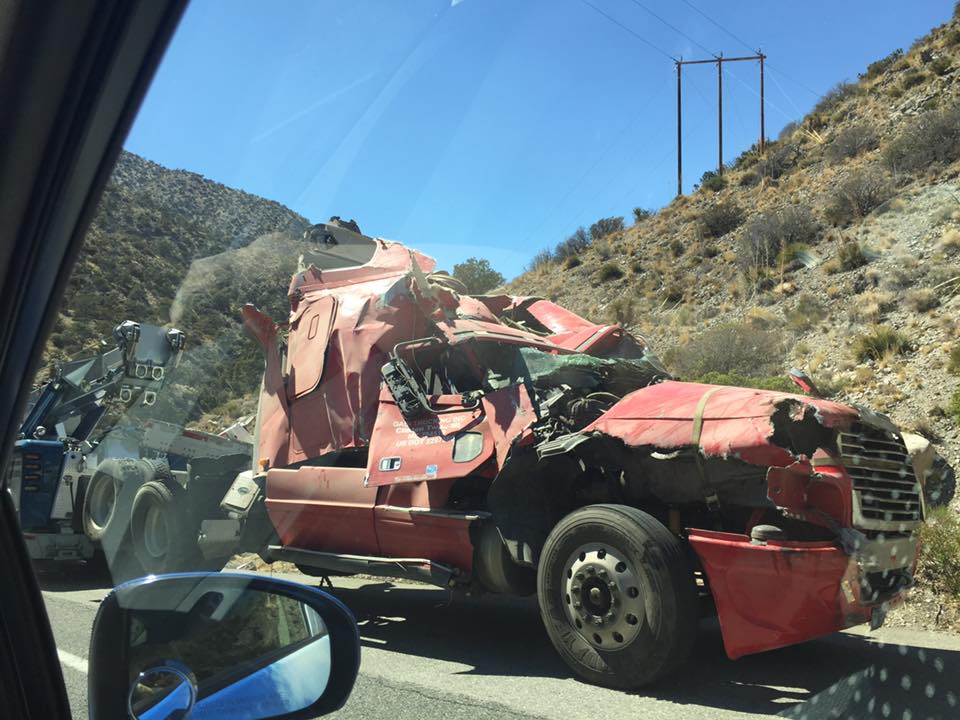 Per CHP incident logs, the semi landed on its roof approximately 40 feet off the roadway.

CHP helicopter H-80 landed near the scene of the accident and the driver was airlifted with unknown injuries.

According to CHP officials, the driver of the semi lost his brakes causing the semi to overturn and leave the roadway.

State Route 18 was shut down shortly after 1:00 p.m. in both directions while the semi was pulled back onto the roadway.

Traffic in both directions was at a complete standstill for about 1 hour.

For the latest news in real-time join our Facebook group with over 72,000 members: VICTOR VALLEY NEWS