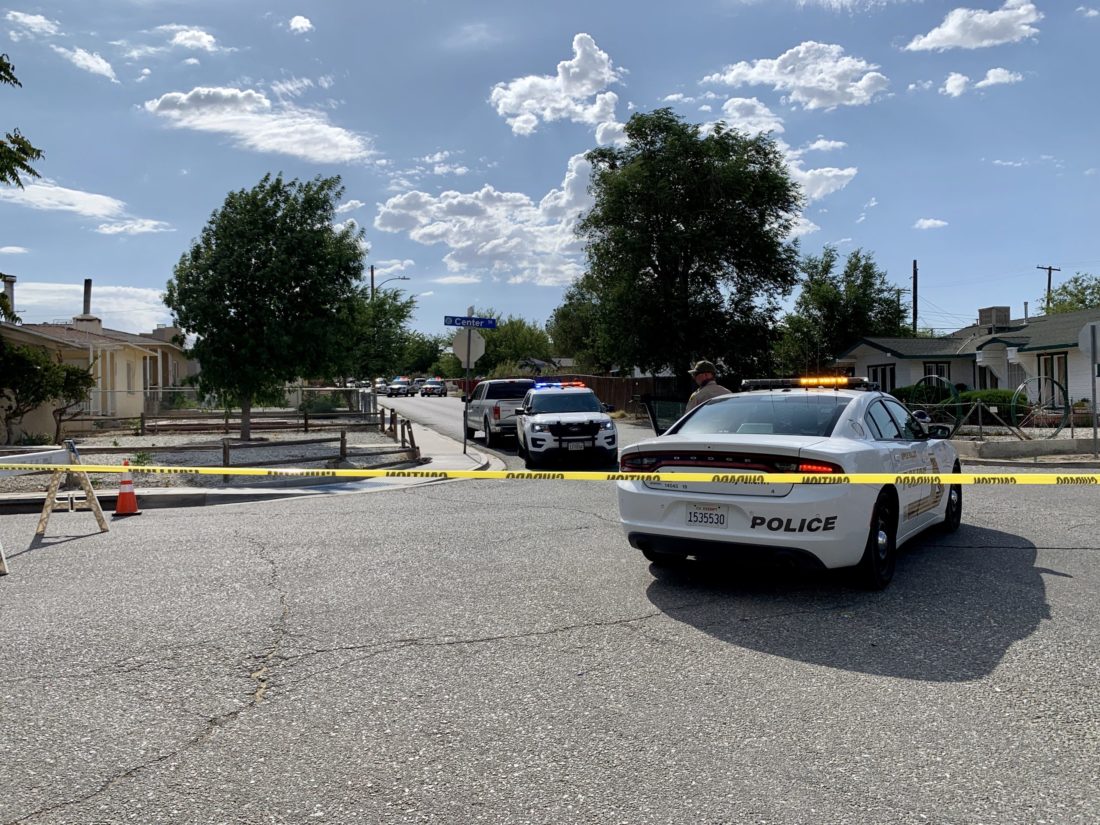 Authorities were involved in a stand-off with a shooting suspect on Verde Street in Victorville. (Hugo C. Valdez, VVNG.com)

VICTORVILLE, Calif. (VVNG.com) — Authorities are continuing to search for an attempted murder suspect wanted for shooting another man today.

At about 3:18 PM on Saturday, July 11, 2020, deputies from the Victorville Police Department responded to report of shots fired in the 16700 block of Verde Street.

Sheriff’s spokeswoman Cindy Bachman said a male victim with a gunshot wound was taken to Victor Valley Hospital and the victim was reported to be in stable condition.

Verde Street between Mojave Drive and Center Street was closed while deputies used a loudspeaker instructing the occupants from a home to exit. Members of the sheriff’s SWAT team arrived at about 5:00 PM.

Bachman said SWAT members entered the house and found the suspect fled prior to deputies’ arrival.

Information on a possible suspect was not available.