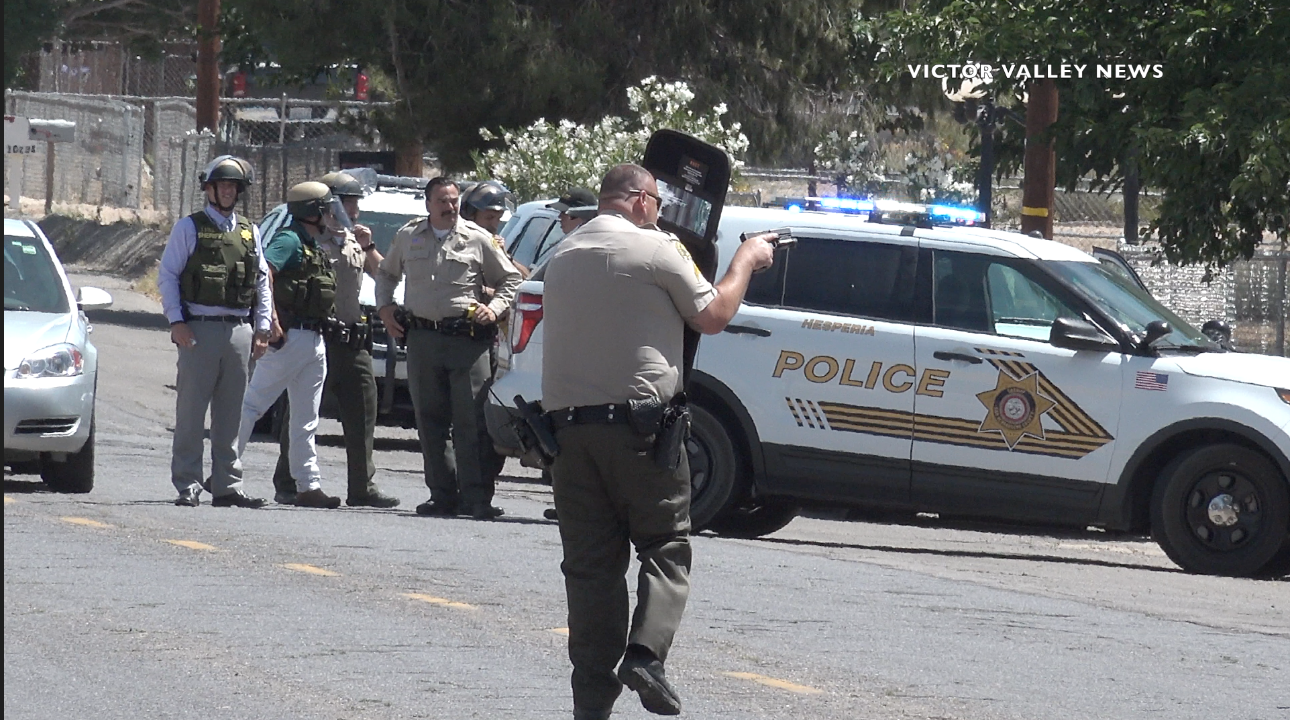 VICTORVILLE, Calif. (VVNG.com) Deputies have closed off a stretch of Oakwood Avenue after a man barricaded himself in a house.

At approximately 1:45 p.m. Deputies responded to reports of a man with a gun in the 10000 block of Oakwood Avenue Wednesday afternoon.

According to Sheriff’s Spokeswoman Jackie Chambers, two salesmen reported walking down the street when the suspect appeared with a gun and shot in their direction.

When deputies responded they made contact with a man matching the description of the suspect, officials said.

“When our deputies made contact, the subject was uncooperative and ran back inside his residence. At that time the subject barricaded himself inside the residence,” stated Sheriff’s Spokeswoman Jackie Chambers.

The Sheriff’s Helicopter is assisting deputies with the situation, and PA announcements can be heard calling for the subject to exit his home.

Chambers said the stretch of Oakwood Avenue between Cashew and Riverside Streets will be closed for an unknown duration as they investigate.

UPDATE: The man was taken into custody peacefully just before 4:00 p.m.