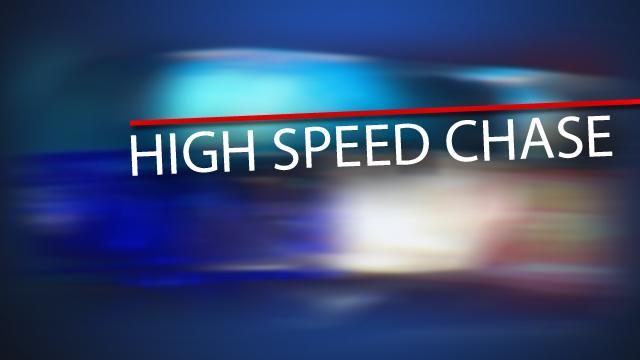 HESPERIA-(VVNG.com):  On February 5 at approximately 9:30 p.m. a deputy from a Hesperia Station responded to a domestic disturbance. The call was reporting that a male subject, later identified as Hesperia resident 28-year-old Joseph Venegas, stalking his ex-girlfriend and creating a disturbance at her residence.

Upon arrival the deputy saw the suspect leaving the location at a high rate of speed in his 2004 Nissan Pathfinder SUV.

The deputy attempted to conduct a traffic stop, but the vehicle failed to yield fleeing west on Ranchero Road, north into the residential area north-west of the California Aqueduct. Venegas reached speeds in excess of 80 miles per hour leading the deputy north on Topaz to Main Street.

A Sheriff’s helicopter and additional units from the Victor Valley Sheriff’s Station and Victorville Stations responded to the scene to assist as Venegas continued to flee. Venegas eventually, after several minutes of high-speed driving turned north on Tamarisk from Main Street into a dirt access road behind Hesperia High School. After attempting to cross over a flood control culvert at high-speed the vehicle  subsequently overturned landing on it’s roof. Venegas exited the vehicle and fled on foot into the school campus. After the short foot pursuit, Venegas was taken into custody without incident.

Medics were called to the scene to treat Venegas for minor injuries. Venegas was wanted and had a $500,000 arrest warrant for a recent domestic disturbance case with his ex-girlfriend. Venegas was booked at the High Desert Detention Center for Failure to Yield as well as the outstanding warrant.