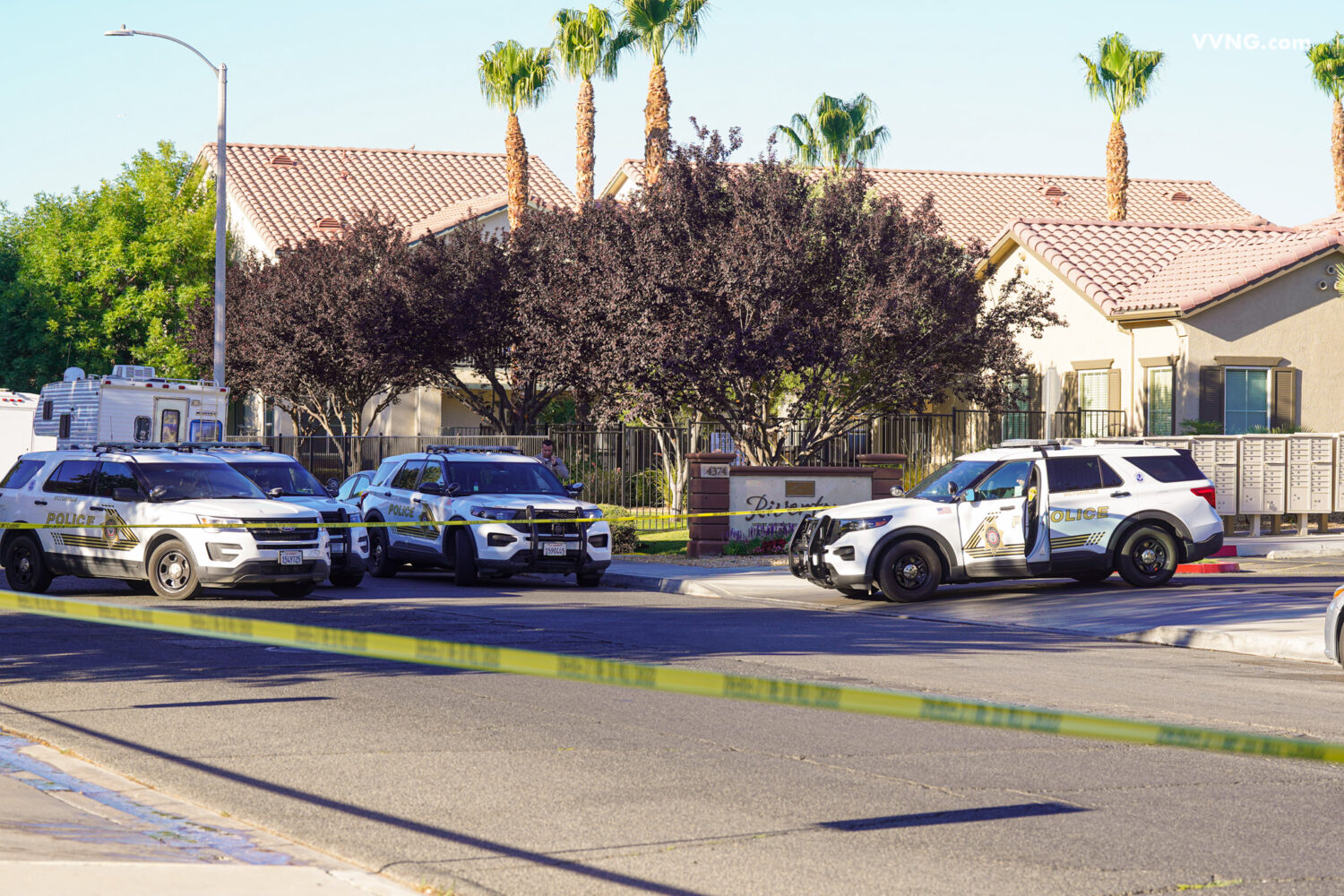 VICTORVILLE, Calif. (VVNG.com) — Authorities are investigating after at least one person was stabbed at the Riverton Apartments in Victorville early Thursday morning.

Details about the ongoing investigation are forthcoming, however, sheriff’s spokeswoman Mara Rodriguez confirmed that Homicide would be responding to conduct the investigation.

Along the sidewalk outside of the apartment complex, is a puddle of blood and a pair of medical gloves where a person appears to have been treated.

Due to the crime scene, the main entrance to the Riverton apartments is closed as well as Borrego Road we’re closed.

UPDATE @ 8:15 am — Sheriff’s spokeswoman Mara Rodriguez confirmed that one person has been pronounced deceased.

VVNG spoke to a witness on the condition of anonymity who said two men were fighting all night long and one stabbed the other in the back. The victim walked out of the apartment leaving a trail of blood down the stairwell and out to the street. At this time it’s unknown if anyone has been arrested. Authorities haven’t released information for a motive or a possible suspect(s).

Related Article: Mom launches Gofundme for son that was killed by his brother in Victorville