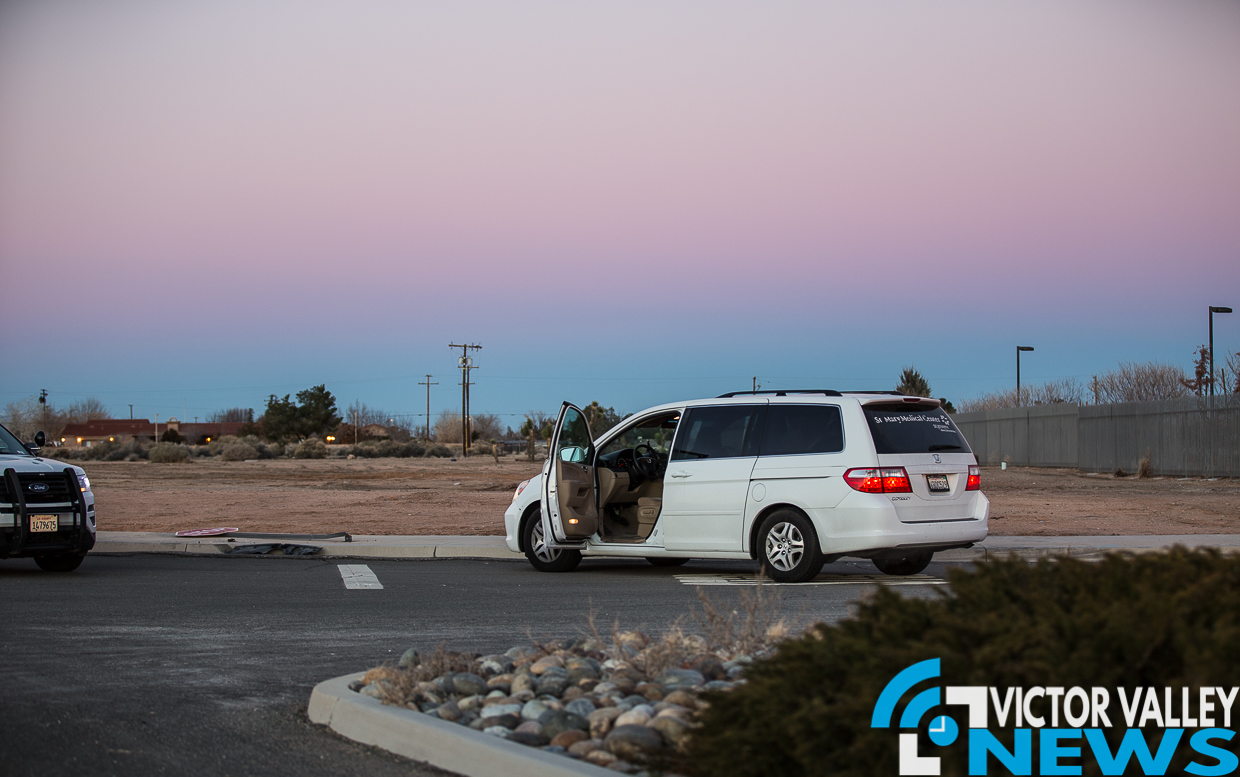 At about 6:00 a.m., dispatch received a report stating a white Honda Odyssey van with a St. Mary’s logo was stolen from the parking lot.

The van was left running with the keys in the ignition when it was stolen by a patient, per scanner reports.

The subject was described as a 30-year-old Black male, 6’0″, and wearing a hospital gown.

About 20 minutes later the van was located on the 13700 block of Conference Avenue in front of the Apple Valley Fire Protection District Headquarters in Apple Valley.

The subject crashed into a stop sign before coming to a stop on top of a curb.

AMR was requested to transport the patient back to the hospital.