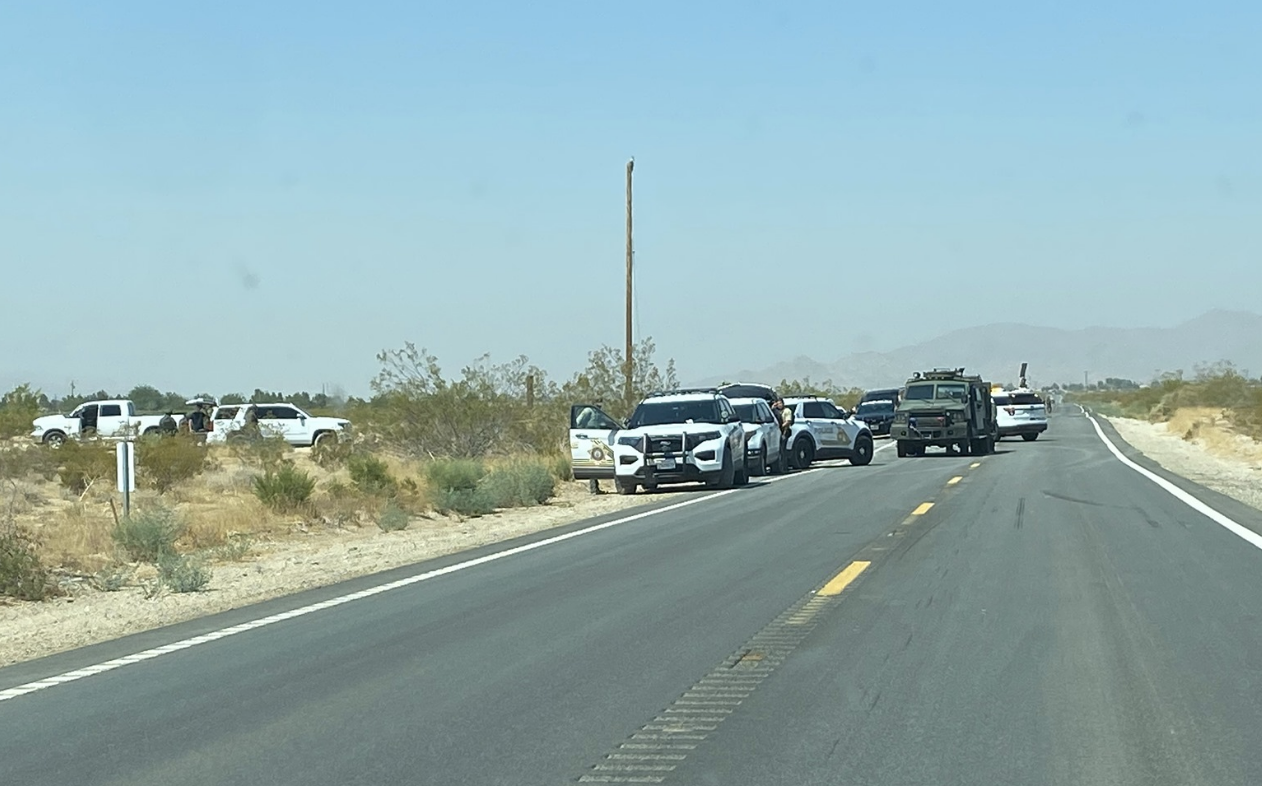 At about 10:20 AM on September 4, 2020, dozens of patrol vehicles were seen responding towards the 38300 block of Old Woman Springs Road.

Details into the ongoing stand-off situation are limited, however, sheriff’s spokeswoman Olivia Bozek told VVNG shots were fired in the area and the scene is active with police.

According to witness reports, the unidentified male suspect is barricaded in a storage area of the park and has randomly fired multiple rounds.

At least one victim was grazed by a bullet and was being evaluated by fire personnel. At approximately 11:45 AM a sheriff’s 40King helicopter landed in the roadway and hoisted a person from the scene to nearby medics.

CHP – Victorville said SR-247 is closed at Camp Rock Road and Dallas Road for an active shooter and motorists are advised to avoid the area and use alternate routes. Victor Valley Transit Authority reported Route 23 would be ending service at Lucerne Valley Market until further notice.

SR-247 is closed at Camp Rock Road and Dallas Road for an active shooter incident. Avoid the area and use alternate routes.

Man critically injured after jumping from moving SUV in Victorville