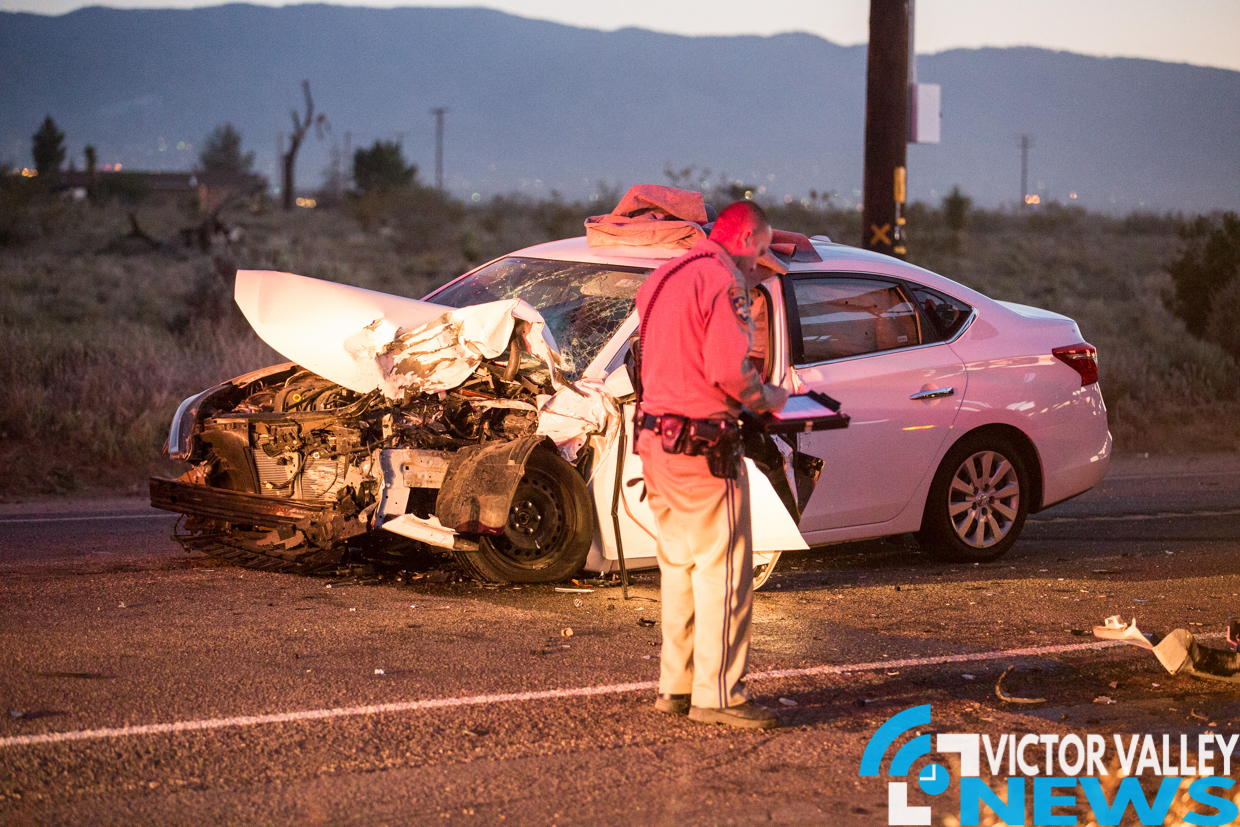 PHELAN, Calif. (VVNG.com) A man in his late 70’s was transported to a hospital following a head-on traffic collision.

At approximately 7:17 p.m. on officers with the California Highway Patrol responded to a two-vehicle traffic collision on SR-18/Palmdale Road.

Upon arrival, they located a white Nissan sedan and a full-size Dodge Ram pickup truck towing a 30ft trailer with an additional vehicle and two rhinos blocking the roadway.

The Nissan sedan was traveling westbound on SR-18 when he was reportedly blinded by the sun causing him to veer into oncoming traffic. The driver inside the Ram was unable to stop and subsequently collided with the sedan.

A male driver of the Nissan was transported by ground ambulance to Arrowhead Regional Medical Center with non-life threatening injuries.

The male driver and his young daughter of the ram were not injured in the crash. The driver told Victor Valley News he was just driving through the area and heading back home to Utah.

SR-18 was closed in both directions between Windemere Road and Oxford Road. As of 8:45 p.m the roadway remained closed. Tow trucks were on scene attempting to clear the roadway.