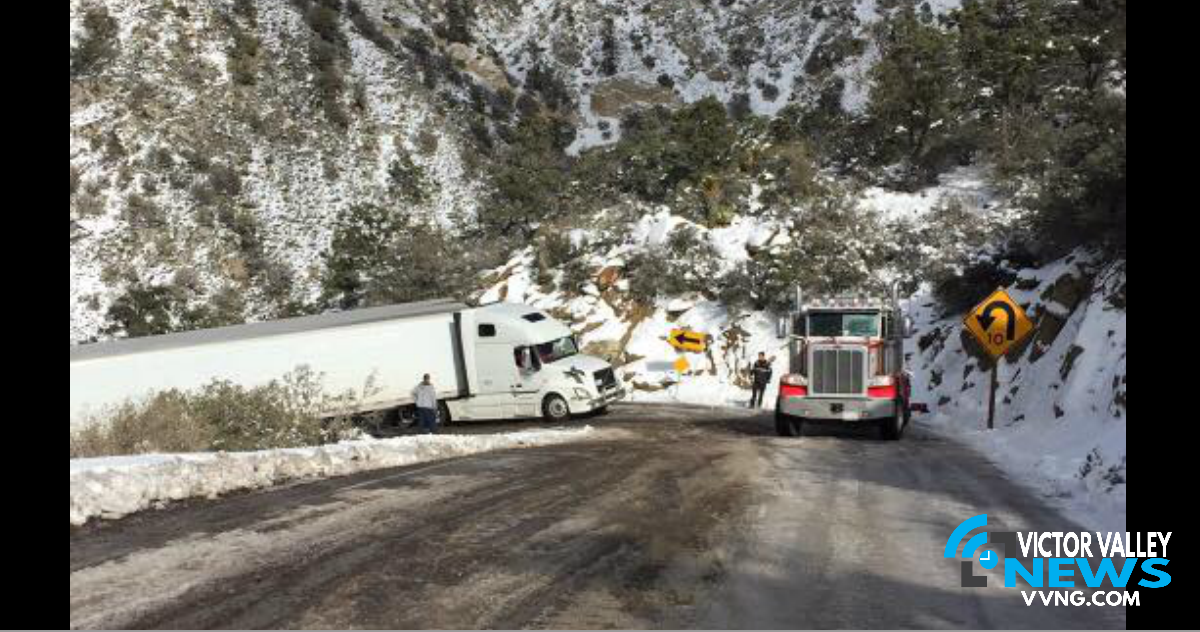 (VVNG.com)- State Route 18 near Cactus Flats is currently closed due to a stalled semi in snow blocking northbound lanes, according to CalTrans District 8.

On Tuesday, January 24, 2017, at 1:20 p.m., north and Southbound lanes were closed prompting officials to issue a Sig Alert.

According to the California Highway Patrol incident logs, a white big rig blew thru chain control heading up on Highway 18 and became stuck in snow on the downbound lanes.

Traffic is closed from the Mitsubishi Plant on highway 18 to Cactus Flats for an unknown duration at this time. CHP is advising motorist to use alternate routes.