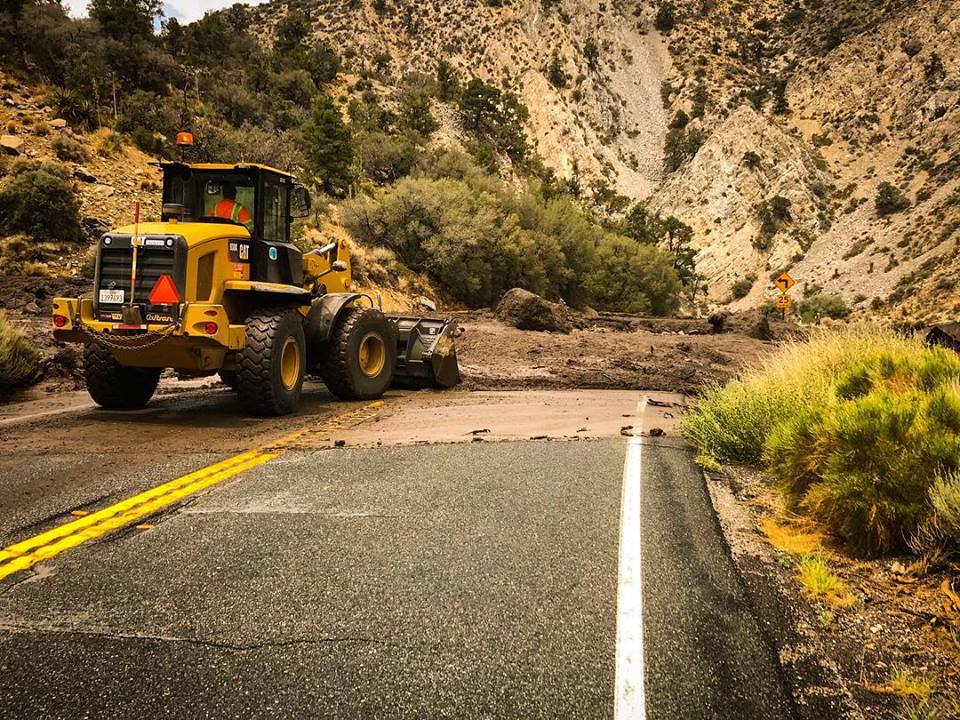 UPDATE @ 6:00 pm – Highway 18 has reopened with CHP escorting vehicles through the mudslide area.

According to CHP logs, the water in some flooded sections is approximately 5-feet deep and 8-feet across.

San Bernardino County Fire Spokesperson Eric Sherwin said they responded to the incident, however, no rescues were needed and no injuries were reported.  “Right now we have some cars that are stuck in the roadway due to debris flow in the roadway,” stated Sherwin.

Camp Rock Road north of Highway 18 is also completely washed out and will be closed.

CHP and Cal-Trans are on scene and working to clear the roadway. Motorist are being advised to use alternate routes.