At about 8:07 p.m., deputies responded to the Sprint store in the 14300 block of Bear Valley Road reference an armed robbery a.

Two armed suspects entered the business and ordered the employees down to the ground as they shoved about 40-50 cell phones into a duffel bag and eventually fleeing on foot, scanner traffic reported.

Sheriff’s helicopter 40king responded to the scene and assisted ground deputies as they searched the area for the suspects described as two Black male adults.

Approximately 10 minutes into the crime a deputy located two males matching the suspect descriptions on the south side of Wal-Mart and were detained at gunpoint.

Authorities have not confirmed if those two males are in fact the suspects from the Sprint armed robbery.

According to unconfirmed reports, the suspects in Victorville’s robbery share a similar description to the armed robbery suspects out of Rancho Cucamonga. Police have not confirmed if there was, in fact, a connection between the two crimes.

No injuries were reported by any of the employees of the business. Information will be updated as it becomes available. 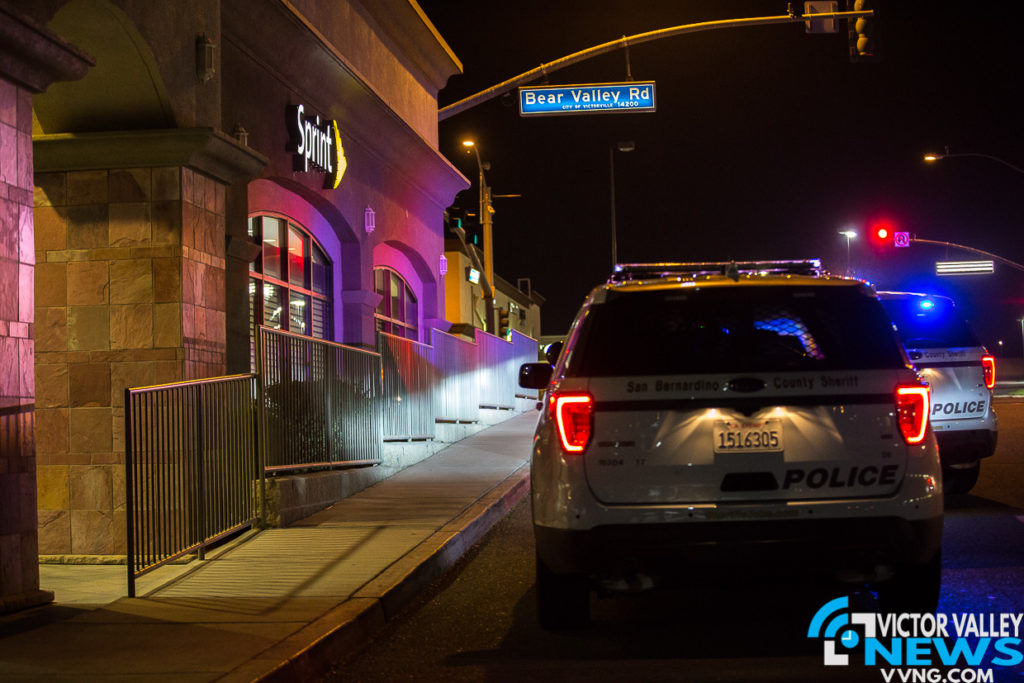