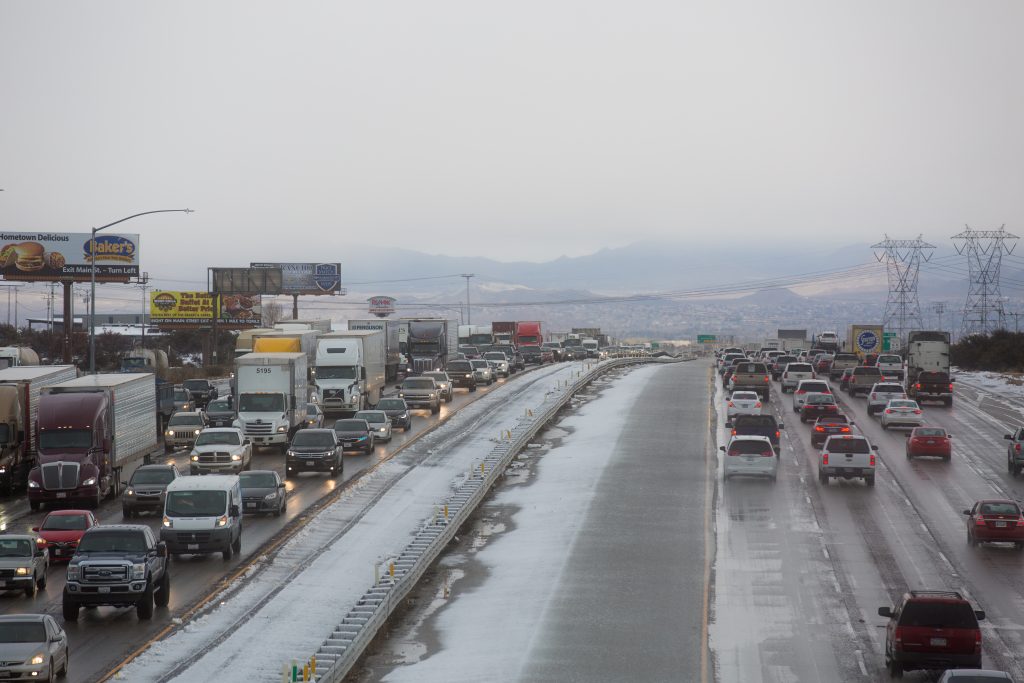 VICTORVILLE, Calif. (VVNG.com) — It’s already been a rough morning for commuters traveling along the I-15 freeway as the rain continues to fall.

Motorists going down the cajon pass are reporting fog with heavy traffic due to two accidents. Traffic slows down dramatically near Ranchero Road and continues through the pass before it clears up near the 215 interchange.

At 7:53 am, dispatch received a call of a crash involving a white SUV versus a shopping cart on the southbound I-15, south of Oak Hill Road. A semi is blocking the no.1 lane and a tow truck is en route to clear the roadway.

At 7:54 am, emergency crews responded to a single-vehicle rollover crash on the southbound side at Stoddard Wells Road. CHP logs reported the vehicle had a tire blowout that caused the vehicle to roll onto the shoulder. No injuries were reported in the crash.

At 8:32 am, a crash involving a white Volkswagen Jetta and a beige Denali was reported on the SB I-15 at Ranchero Road. Per the logs, the parties involved in the crash were involved in an altercation that resulted in at least one person in custody.

According to the National Weather Service, most of the rain will fall this morning, turning to showers that gradually decrease this afternoon and evening.