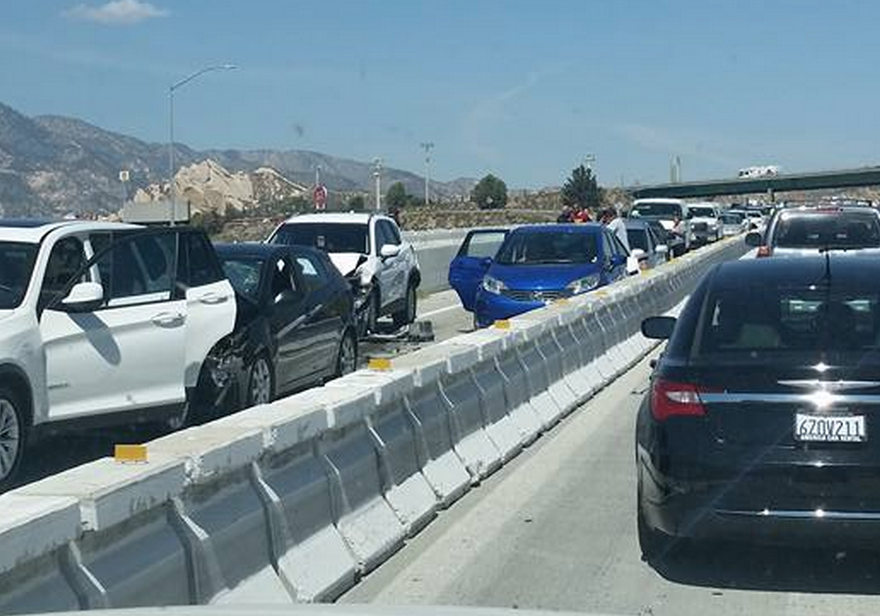 CAJON PASS-(VVNG.com): All lanes of the I-15 south were temporarily closed on Friday, August 28th at about 11:40 a.m. while medical aid responded to the scene of a multiple vehicle traffic collision.

The traffic collision was reported at about 11:10 a.m. The collision involved several vehicles blocking the bypass lanes, according to scanner traffic.

According to the CHP logs, the traffic collision involved 10 vehicles and several injuries, at least one being to a child.

Traffic was reported to be at a standstill southbound from Oak Hill Road. At about 12:00 p.m. the northbound #1 lane of traffic was reopened according the the CHP. Both southbound lanes are open, but the bypass lanes are still closed as of 12:45 p.m.

To avoid the traffic, drivers should use alternate routes including: From Highway 395, head west on Phelan road, keep left to stay on Phelan Road, turn left on Beekley Road, Turn left on CA-138 east, follow CA-138 east to the 1-15 south.