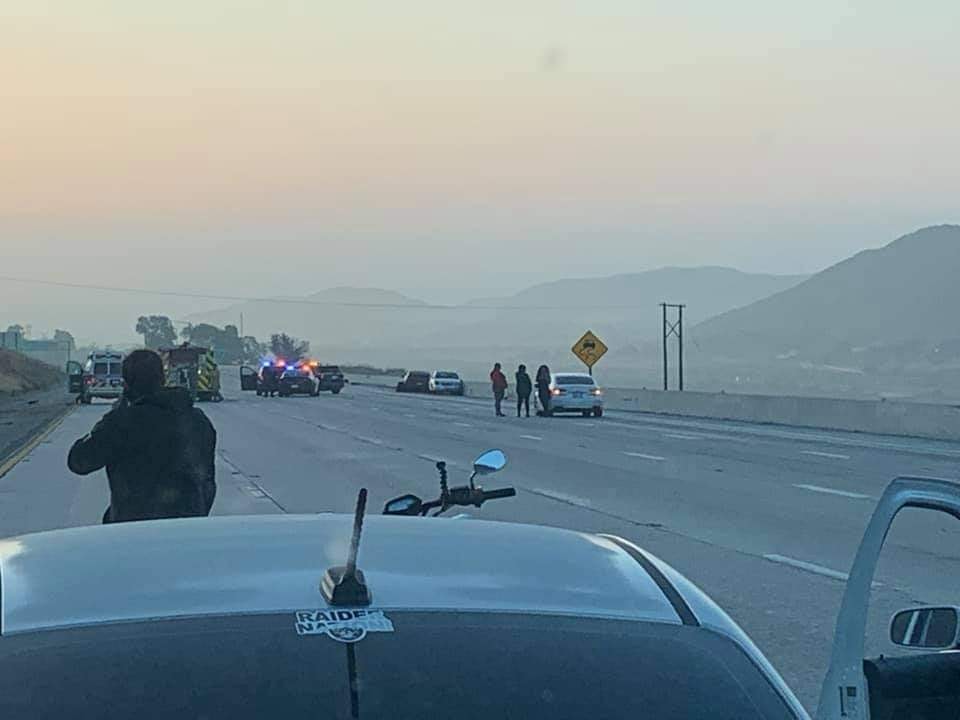 UPDATE @ 11AM — The Sheriffs SWAT team moved in with two armored vehicles and sandwiched the vehicle. The unidentified male was placed into an ambulance and transported to a hospital. An update on his condition was not available.

CHP has reopened several of the southbound lanes and traffic has slowly started to crawl down the Cajon Pass. Motorists are jammed in backed up traffic for several miles.

For reasons still unknown, a male driving in a red Dodge Charger allegedly shot himself in the chest in front of his mother and children, a 10-year-old, and a 1-year-old before crashing into another vehicle and into the guardrail.

The other occupants from the vehicle were not injured and were waiting nearby in another vehicle.

Authorities on the freeway used a speaker to give PA announcements to the male occupant who was still inside the vehicle. Officials reported there was some movement on the inside and emergency personnel are continuing to stage away from the vehicle until authorities can secure the scene.

CHP dispatch has received many reports of vehicles driving the wrong way on the I-15 and approx. 500 vehicles going the wrong way old Cajon Blvd. Several lanes of the northbound side of the I-15 have reopened, however, the southbound remains closed.

Related Topics:15 freewaycajon pass
Up Next