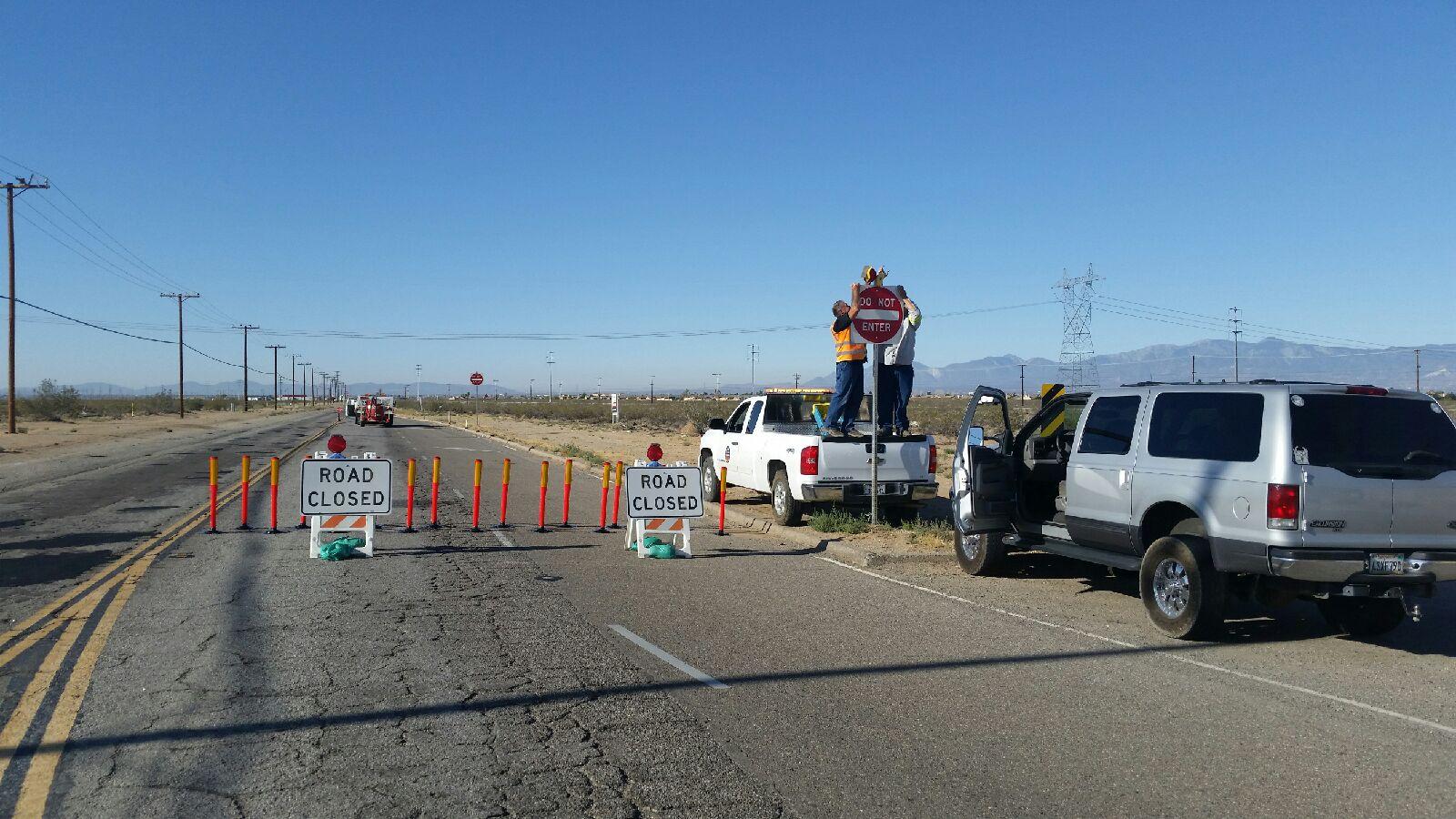 ADELANTO (VVNG.com)- Effective immediately, access to Highway 395 via southbound Adelanto Road in Adelanto has been discontinued.

“We have taken steps to remove a dangerous access point and it will improve the safety for travelers in that area,” said Mayor Rich Kerr.

“Too often people traveling Adelanto Road underestimate how fast traffic is moving along 395 and they try to make a left turn that too many times has ended in disaster, we had to take action,” he added.

The closure is in effect south of Ballpark Storage (16488 Adelanto Road) to where Adelanto Road dead ends at Highway 395. Travelers wanting to access Highway 395 are encouraged to use either Rancho Road or Air Expressway.

“People traveling northbound on Highway 395 will still be able to exit at Adelanto Road as that would not pose a safety hazard,” said Kerr.