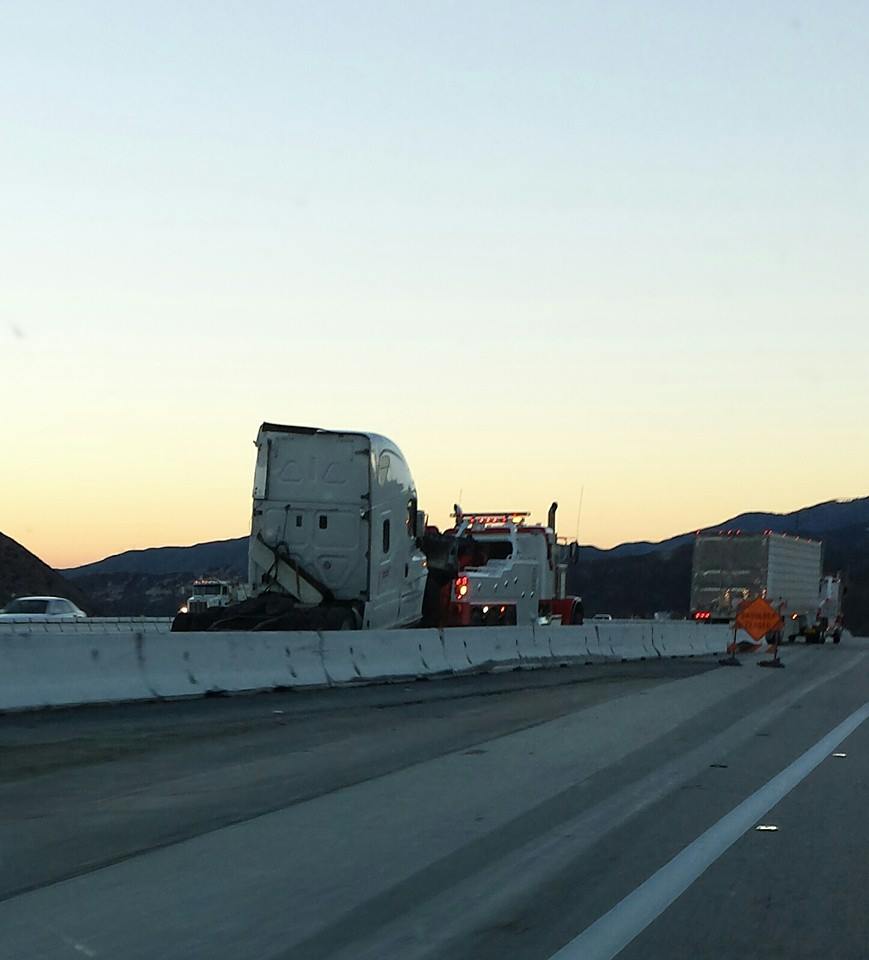 CAJON PASS: (VVNG.com)- A wreck involving a big rig has the bypass lanes shut down. You can only take the left lane and the mainline due to road construction. The drive is backed up to highway 395.

At approximately 9:59 p.m. on Tuesday, November 4th dispatch received a report of an overturned semi-truck off the roadway on the 15 freeway south near Oak Hill Road in the bypass lanes. The reporting party stated that the truck had hit the krail, blowing a tire causing it to overturn landing on bushes on the right side of the road landing on the driver’s side.

Odometer displaying “0” from a commuter in the bypass lane. Photo by: Jeff Netland via VVNG

The over semi-truck was suspected to possibly be related to a semi-truck stolen at gunpoint at Pilot, but it was determined not to be related. At 10:46 a.m. the #1 lane of the main line was opened to traffic and construction bypass was closed.

There is no further information available at this time and no injuries reported. Information will be updated as it is received.