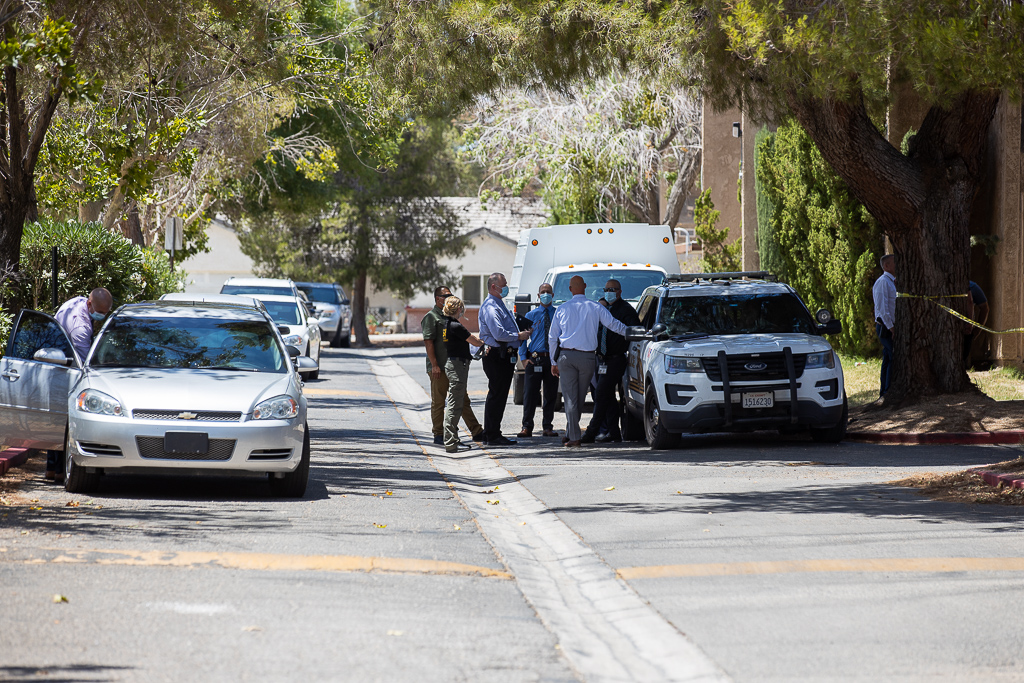 VICTORVILLE, Calif. (VVNG.com) — Homicide detectives have arrested a 26-year-old man who is suspected of killing his 69-year-old father in Victorville, authorities said.

On Tuesday, July 21, 2020, at 9:19 AM Victorville deputies responded to the residence in the 14200 block of La Paz Drive after dispatch received a call from a family member requesting a welfare check.

Sheriff’s officials said the family member who regularly speaks with the victim, 69-year-old Ted Hamaguchi, a resident of Victorville, was unable to reach him. Deputies were informed the victim’s son, Christian Hamaguchi, also lived in the home.

Deputies went to the location where they contacted Christian Hamaguchi, and after entering the home they found Ted deceased in a bedroom, stated sheriff’s officials.

Detectives with the Homicide Detail responded to conduct the investigation.

“After processing the scene and interviewing Christian, detectives arrested Christian for murder. He was booked at West Valley Detention Center and is being held without bail,” stated the release.

Authorities did not give a possible motive or details into how the murder occurred.

A resident living inside the La Paz Townhomes where the homicide occurred told VVNG the son was abusive towards the dad and felt that he should have been in a mental health home. “It was very obvious he was walking around and talking to himself for over 2 years now but no one knew this would happen,” stated the resident who did not want to be identified. “Everyone had some kind of bad encounter with him.”

According to jail records, Christian is scheduled for arraignment in a Victorville courtroom on July 23rd at 12:30 PM.

The investigation is ongoing and anyone with information is asked to contact Detective Bruce Southworth, Specialized Investigations Division – Homicide Detail at (909)387-3589. Callers can remain anonymous and contact WeTip at 800-78CRIME or www.wetip.com.