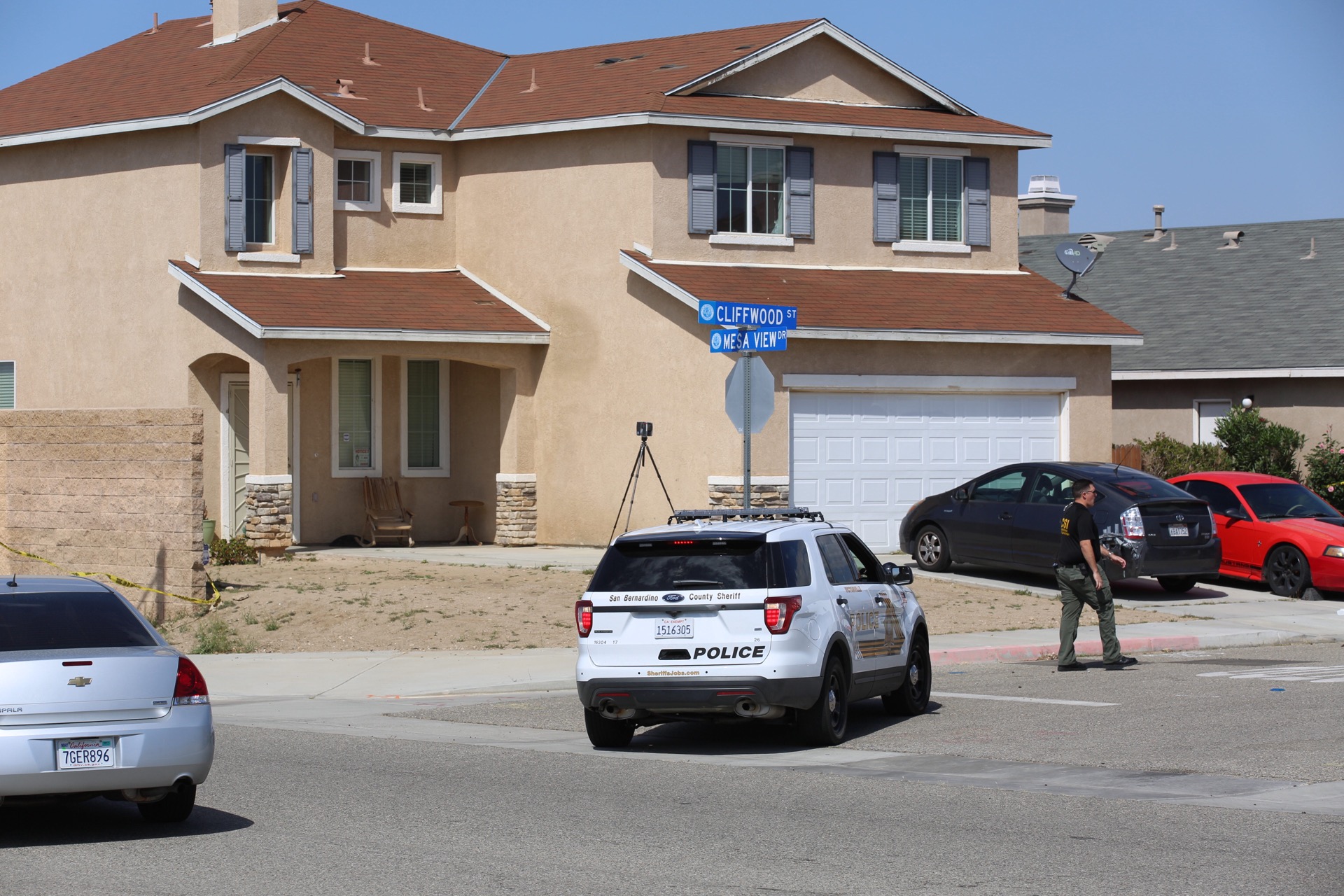 VICTORVILLE, Calif. (VVNG.com) A 35-year-old Victorville man has been arrested for the brutal murder of his mother.

On Saturday, April 8, 2017, at 11:09 a.m., deputies from the Victorville Police Department responded to an unknown disturbance at a residence in the 11700 block of Cliffwood Street.

Deputies arrived and upon entering the residence they located the victim, Ruth Castellon, deceased inside the residence.

Deputies located a male, later identified as Jonathan Castellon in the backyard, with apparent blood on his feet and clothing.

A neighbor told Victor Valley News that a man was taken from the home and placed in handcuffs as he was shouting, “I didn’t do it, they’re trying to frame me.”

Castellon was detained by deputies and taken to the Victorville Police Department to be interviewed.

Through investigation detectives determined Jonathan Moises Castellon was responsible for the murder of his mother Ruth Delacruz Castellon, 57, from Victorville.

Jonathan Castellon was taken into custody without incident and booked into the High Desert Detention Center for Murder.

“He removed the screen from the upstairs window and I would always see him sticking his head out shouting random things at nobody,” stated a neighbor.

Another neighbor said, Jonathan always sat on the side of the house and she never felt comfortable. “I told my kids to stay away from him because I didn’t trust him.”

The victim and suspect both lived in the home and a motive for the murder remains unknown at this time, authorities said.

Anyone with information regarding this investigation is urged to contact Detective Justin Long, Sheriff’s Homicide Detail, at (909)387-3589 or Sheriff’s dispatch at (760) 956-5001. Callers wishing to remain anonymous are urged to call the We-tip Hotline at 1-800-78-CRIME (27463), or you may leave information on the We-Tip Hotline at www.wetip.com.