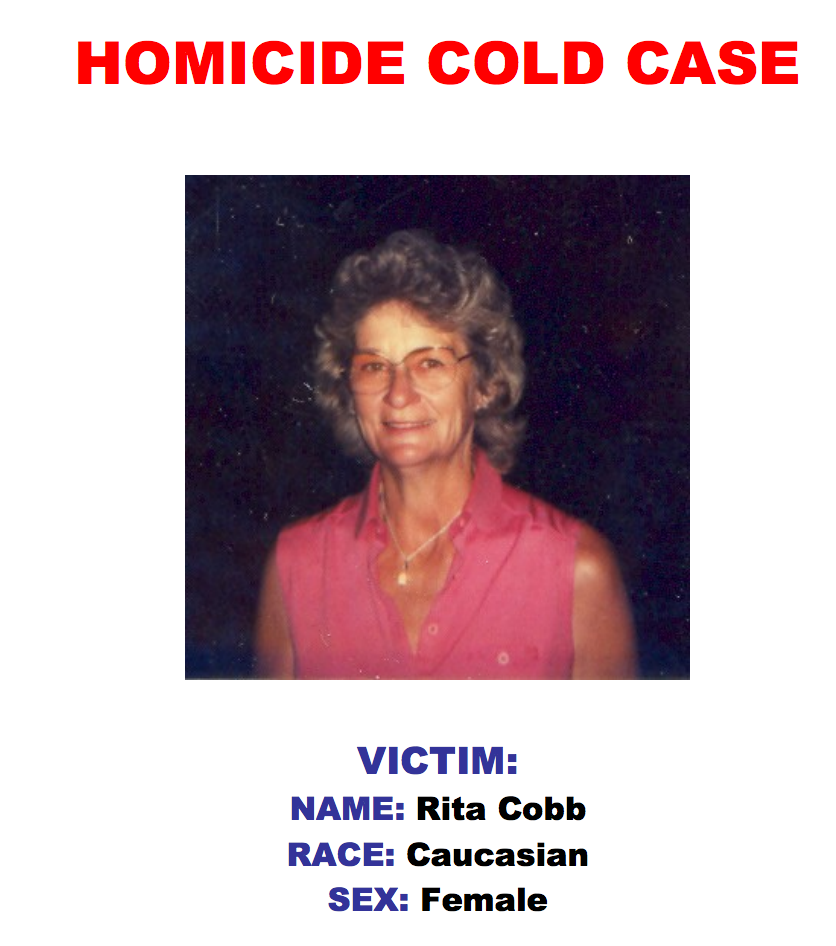 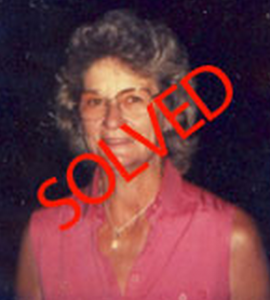 Rita Cobbs’ body was discovered murdered in Lucerne Valley, in 1985.

According to the San Bernardino County DA press release titled “The DNA Match” On Monday, September 23, 1985, the body of Rita M. Cobb was found dead inside her home in Lucerne Valley. The body was found nude in a bedroom with a metal coat hanger wrapped around her neck. By the postitioning of the body and the presence of semen on the bed spread, it appeared that Rita had been sexually assaulted.

The next day, an autopsy was conducted and a vaginal swab from the victim was obtained for analysis. Dr. Root determined the cause of death to be “strangulation, minutes.” Detectives from the homicide detail spoke with numerous people but after all leads had been exhausted the case went cold and unsolved.

In 1990, Detective Mabry requested a laboratory analysis for semen on the vaginal swab recovered during the autopsy. In 1998, a DNA profile was developed from the sex kit and the evidence was stored.

In 2003, the extracted DNA was typed using DNA analysis. The major male DNA profile was from a single donor expected to exist in less than 1 in 6 billion Caucasian Males. This sample was entered into the Combined DNA Index System (CODIS).

In October 2008, John Henry Yablonsky was arrested by Long Beach Police Department for an unrelated crime. A sample of his DNA was obtained because he had previously been convicted of a felony crime in the State of California and there was no sample of his DNA on file. 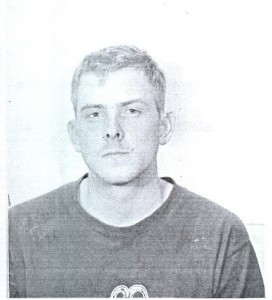 In March 2009, John Yablonsky was interviewed at length and subsequently arrested for the murder of Rita Cobb. It was discovered during the interview that John had previously rented Rita’s guest house about 18 months before he murdered her.

During jury trial Yablonsky was prosecuted by Deputy District Attorney John Thomas and ultimately found guilty of Murder by a jury. Yablonsky was sentenced to life in prison without the possibility of parole.

Per the San Bernardino County Sheriffs website, Between 1985-1989, out of the 18 cold case files- 13 still remain unsolved and four of them are from the Victor Valley area.

The ingestigative show “On The Case With Paula Zahn” will feature the episode tomorrow. Check here for local listings  https://www.investigationdiscovery.com/channel-finder.htm