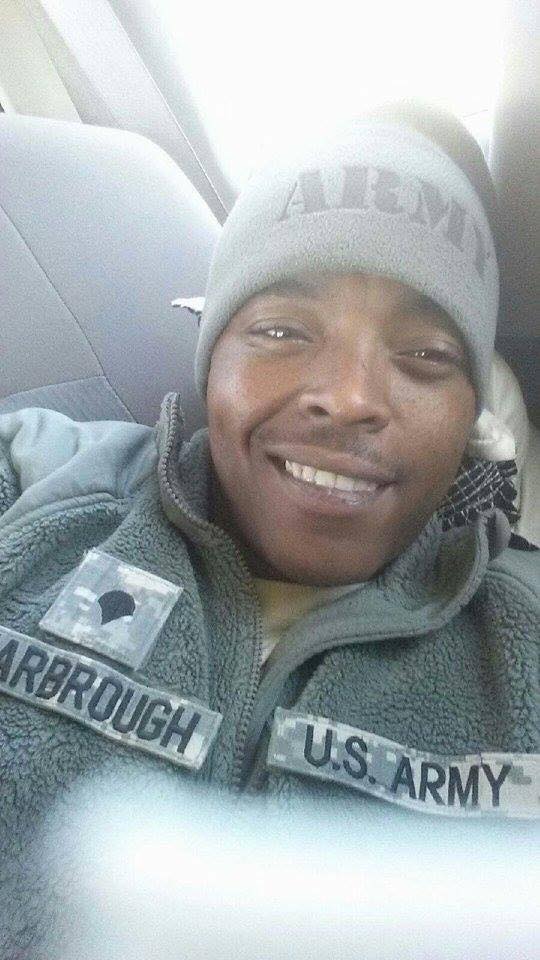 FORT IRWIN– (VVNG.com):  Apple Valley deputies had few leads and no obvious motive after the murder of well-liked Army Specialist Daniel Yarbrough. On Monday, September 29, 2014, at approximately 9:40 p.m. Yarbrough was sitting in the driver’s seat of his white Volkswagen Jetta when he was shot through the side panel of his vehicle, causing death to the young soldier.

There were no witnesses to the crime, and the evidence collected was kept from the public.

An impromptu, October 2, 2014  Memorial was planned on the street of the cold-blooded murder to honor Spc. Yarbrough, a member of D Company from the 181st Brigade Support Battalion stationed in Barstow. The memorial brought approximately 50 people out, both soldiers and civilians to the 16200 block of Muni Road in Apple Valley to honor the memory and mourn the loss of their friend or their family member Spc. Yarbrough.

Many wondered months after the October 12th burial if that was it, would there be no justice for this young soldier, with what seemed to be a bright future? Almost four months to the day of his September 29th shooting murder an arrest has been made in the murder of Spc. Yarbrough. The arrest was made at a Fort Irwin soldiers home, a soldier who was none other than a man who claimed to be best friend to the victim.

Fellow Ft. Irwin soldier, Wesley Swank was not only the man who invited Yarbrough over to visit that night, but now is also one of the two men to be arrested in connection with his murder. Swank was arrested on Wednesday, January 28th in connection with the 2014 murder of, his one-time best friend Spc. Daniel Yarbrough. Swank,after allegedly planning this heinous crime against none other than his best friend, also disingenuously helped to plan and act as a pallbearer at his funeral .

It is believed that the motive had something to do with financial gain. Swank, is not believed to have acted alone, a second arrest of Wesley Swank’s brother, 20-year-old Logan Swank was also made on Thursday, January 29th in San Antonio, Texas. Logan Swank, was apprehended by authorities when hiding in a San Antonio apartment, upon leaving the apartment, he was arrested without further incident.

The two brothers are believed to have worked together to conspire and/or carry out this crime against Yarborough. Logan Swank is at the Bexar County Sheriff’s Office in Texas, at this time. He will be extradited to San Bernardino County to face charges.