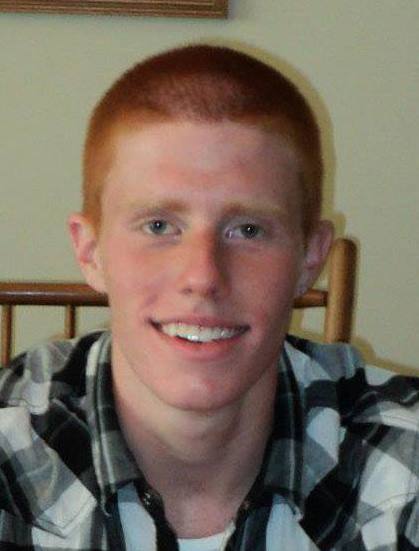 It has been four months since family and friends have heard from Bryce Laspisa. He went missing on August 30th 2013, after his 2003 Toyota Highlander was discovered wrecked near Lake Castaic.

According to Bryce’s mother, Karen Laspisa, via an interview with AM640, she spoke with her son on August 28th when he called to inform her that he was breaking up with his girlfriend and will be driving home the following morning.

On Thursday, August 29th, Bryce began what should have been an 8-hour drive home via the I-5 South from Northern California (where he attended college,) to Laguna Niguel where his family had relocated  just a year earlier from the state of Illinois.

Hours into his travel, Bryce reportedly stopped at 12:30p.m on Thursday afternoon in a small town called Buttonwillow, only three hours away from his destination, to reportedly gas up. His family was expecting him home by 3:30p.m. that afternoon.

In a strange sequence of events, when several phone calls went unanswered and he failed to arrive to his destination by evening, family grew concerned and filed a missing persons report.

He was later located by two Kern County Sheriff Deputies at 9:20p.m. after a successful cell phone ping– a cell phone ping is a technology that allows cell phone towers to determine the location of the last signal received.

He was only five-miles from where he had gassed up 9-hours earlier– still in Buttonwillow– sitting in his car by himself. The two deputies spent nearly 20 minutes with him according to their logs, and they also searched his vehicle and found no reason to detain him.

“They had him call me, the officer even confirmed I was mom talking to Bryce. They told me he was okay, and I said get something to eat and call me before you get back on the 5 South, you’re almost three hours from home,” stated Karen.

Bryce and his mother remained in contact with each for several more hours. Again, Bryce’s trip was taking longer than expected.

He phoned his mother at 2:09 a.m. from the Castaic area on Friday morning and explained that he was tired and will be pulling off the freeway to sleep. By this time the trip had taken over 19 hours.

Bryce’s wrecked vehicle was later discovered on it’s side at the bottom of  a 15-foot ravine around  5:20a.m., Friday morning. The back window had been broken out and small traces of blood were  also located in the vehicle along with his wallet, phone, and laptop.

A massive search effort was immediately launched in hopes of finding Bryce. Dive teams searched the shallow parts of the lake where his scent was slightly picked up by rescue dogs.

“We’re checking a very shallow area near the shoreline where the dogs had kind of picked up his scent,” said Deputy Paul Schrader of the Los Angeles County Sheriff’s Department Parks Bureau.

The size of the man-made lake made the job of searching the large body of water very difficult.

Kim Sly, Laspisa’s 20-year-old  girlfriend, has been cooperating with authorities and is hopeful that her boyfriend will return as she stated in her interview with NBC4.

Family and friends did not have any reason to believe that Bryce was facing any emotional problems.

Laspisa is described as 5-foot-10, 160 pounds with short orange-red hair and a tattoo of a bull’s head on his left shoulder.

The family shared this message via their Facebook page Find Bryce Laspisa:

This is mom and dad: Words can never describe the love in our hearts to all of you who continue to remain hopeful with us and have faith someone will see Bryce so he can be returned to us. If Bryce suffered a head injury and doesn’t know who he is or where he is, pray he is safe somewhere and will be found. Please continue to report all sightings immediately and if possible stay with the person or take a picture with your phone.”

The family is hoping to bring awareness to Bryce’s disappearance through the use of social media and is asking for the public’s help.

The family is using a platform on Thunderclap.it that will blast out a timed Facebook or Twitter post to all the supporters of this cause, thus creating a wave of well needed attention.

When you support Bryce’s Thunderclap, you are setting in a motion that will reach millions of people sharing Bryce’s photo and story. Bryce’s Thunderclap is set to happen at 12:00 AM (Pacific time) on January 1, 2014 – so as each of us are ringing in the New Year and reaching for our cell phones to update our status’, social media will be flooded with Bryce’s story. The more support – the bigger the statement will be.

The family has already rallied 530 Supporters via Thunderclap with an estimated social reach of 696,ooo. They want to grow this number within the next 24 hours in order to obtain a social reach of at least one million.

To support the cause, click on the link below that says “I supported Help Find Bryce Laspisa on Thunderclap.” When directed to the site, choose to support on Facebook or Twitter. One button, one click, that is all.

Let’s show our support Victor Valley by clicking on the link above and participating in the Thunderclap!.