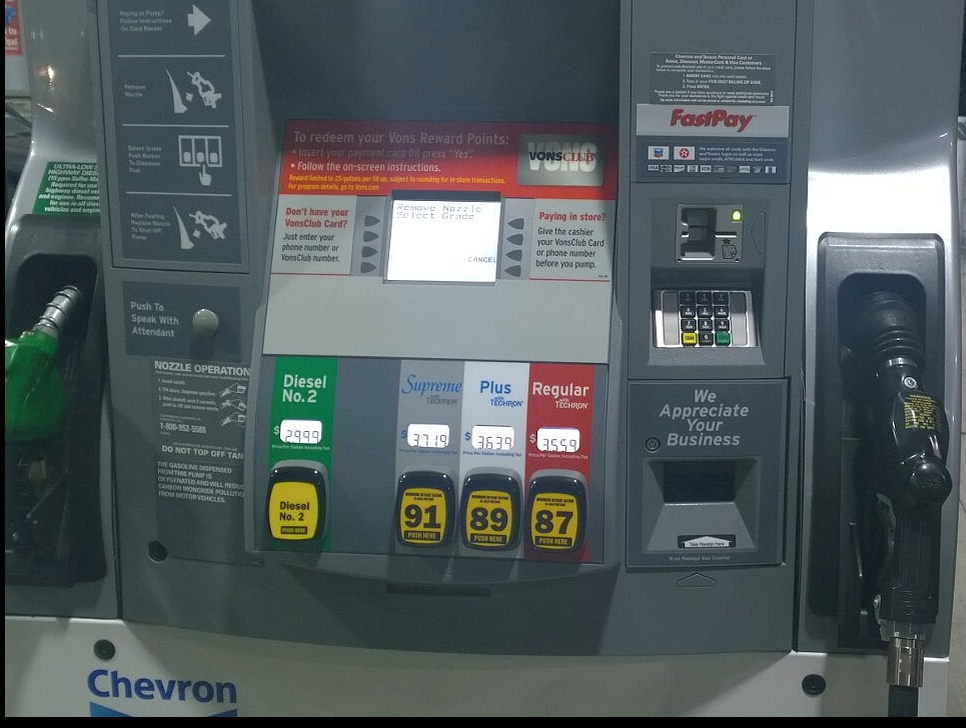 VVNG.com: Inland Empire residents are hoping for the best, but bracing for the worst wondering what is yet to come as far as summer gas prices. In June, gas prices reached $3.65 and then slowly decreased through the 4th of July weekend. For travelers, this was a welcomed holiday surprise, since in most years past gas prices have risen due to the demand. According to the AAA Fuel Gauge Report, travelers enjoyed the lowest 4th of July gas price since 2010.

The current average gas price for the Inland Empire, both San Bernardino and Riverside counties is about $3.56. A week ago, the average regular unleaded was $3.48 meaning that in one week, prices raised about 8 cents per gallon. The 8 cents per gallon does not equal much, only about $1.28 for the average 16-gallon gas tank or $1.60 for a 20-gallon tank. For most, this is not the significance of their gripe, some wonder if prices will continue to rise.

Since last year, when gas prices averaged $4.14 and after the October 2012 average of $4.69 for a gallon of Unleaded gas consumers are understandably nervous about where the prices will stabilize. Unfortunately since the consumer gas demand increases during the months of July and August, the supply versus demand can cause a possible increase. Throughout the hurricane season, drivers should be aware that hurricanes (although on the East Coast) often times cause damage to refineries limiting the production,which causes prices to soar.

The cause of the current increase in gas prices is believed to be at least partially due to the reduced west coast production. Current west coast oil refinery problems have slowed or even temporarily halted production for several refineries.

The February 18th Exxon refinery explosion in Torrance, is still keeping that particular refinery from regular operations, which normally produce 155,000 barrels of crude oil per day. The Exxon refinery in Torrance, prior to the explosion, also supplied about 10% of the gas used in California. In addition to the reduced west coast production, according to the Energy Information Administration, fuel imports into the region fell to zero for the first time since March.

According to gasbuddy.com drivers should expect increases of 15 to 30 cents by next week. Some Victor Valley residents choose to take alternate measures to avoid the new-found gas spike.