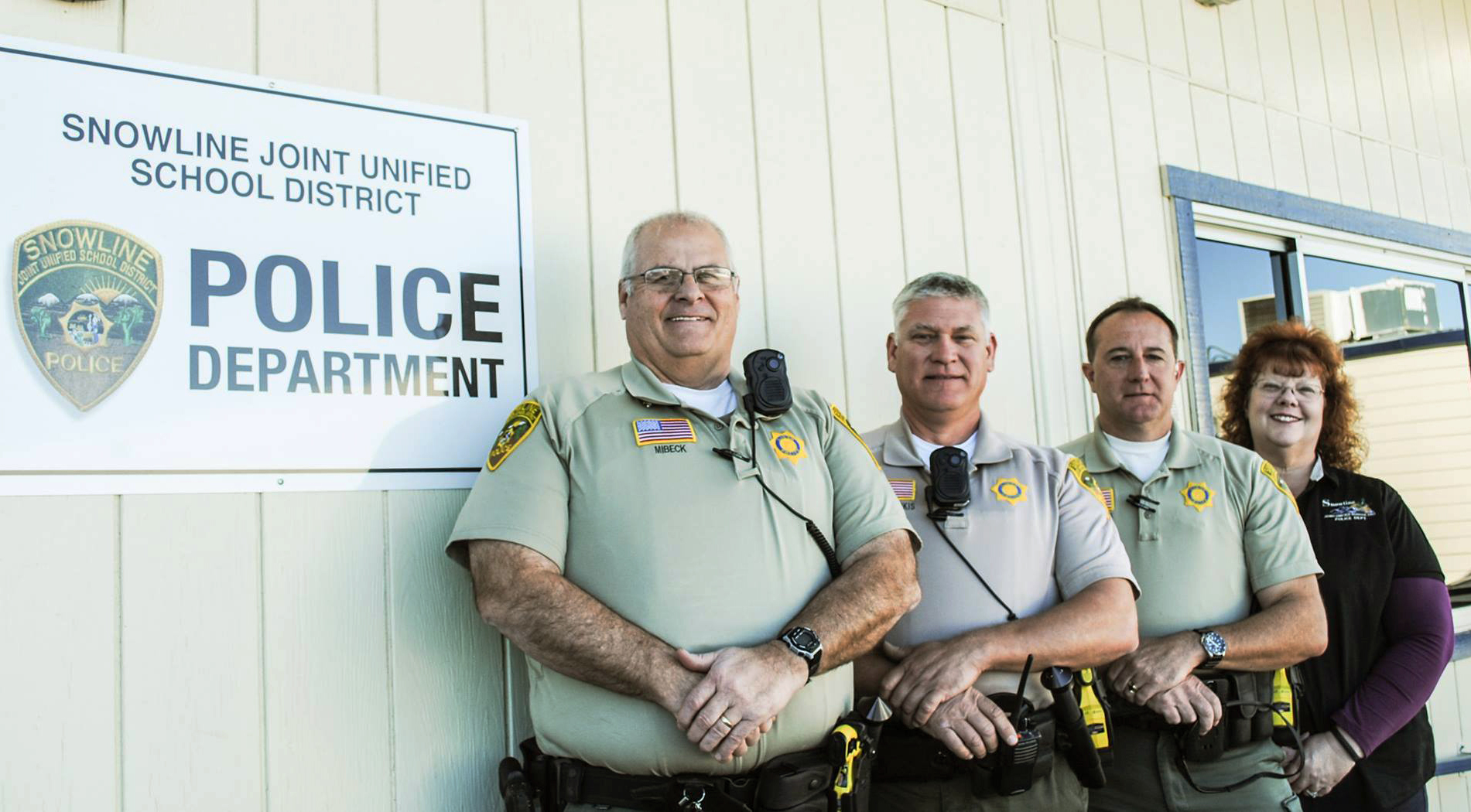 Although not all officers were happy with implementing body cameras, most were on board with the program. “One or two of them were kinda like ‘why are we being second-guessed?’ but the others were actually very positive, very happy about it. Because this can protect them. There really hasn’t been any real hatred of them, everybody is using them. It works,” said the Chief.

According to Chief Mibeck, the decision to get body-worn cameras was partly preventive, but one incident made them realize they needed that extra layer of security for their officers.

“At the end of our basketball game, a spectator got up, grabbed a basketball and threw it at the opposing team and it just missed hitting an eight-year-old boy. One of our officers turned around, walked up to the kid [that threw the basket ball], and put his hand on the kid’s shoulder, like in a fatherly way, and he, basically, was telling him ‘you’re out of here’. The kid, who was like 17, tripped and fell over. The officer almost fell with him and let go. But what happened is, about half the crowd just said ‘hey, that officer pushed that kid down’. We had no video because it occurred right underneath the camera [that was recording the game],” said Bryce.

After that incident, the Chief decided to look for body cameras for his department. “So, I said ‘that’s it, I’m done’. And I picked the WOLFCOM [3rd Eye] because it’s not just a camera, it does other things. I can take still photos, I can take audio and it also doubles as a [lapel] microphone,” said the Chief. “We’re thinking of switching to the new one [Halo]. I really like the fact that WOLFCOM [body cameras] are more than just a camera. I’m pretty happy with WOLFCOM” he added.

Bryce also claims to like the WEMS. “I really like the Evidence [Management] Software. The latest update, I can blur out photos, I can edit it, I like the video editing software, it’s pretty impressive. That’s a pretty good deal. We’re pretty happy with it. The new [update of the] video software has the ability to import other [formats of] videos. So I can take video from other cameras and import it and use it with our body cameras videos, it’s pretty neat,” said Chief Mibeck.

According to the Chief, his department has been having a good experience with WOLFCOM and he would recommend them to other agencies. “If I have an opportunity to, I will [recommend WOLFCOM]. You guys have been really helpful and it’s been a pretty big advantage,” said the Chief. “Your helpful staff has been the main point. It’s been a pretty good experience, generally,” he added.