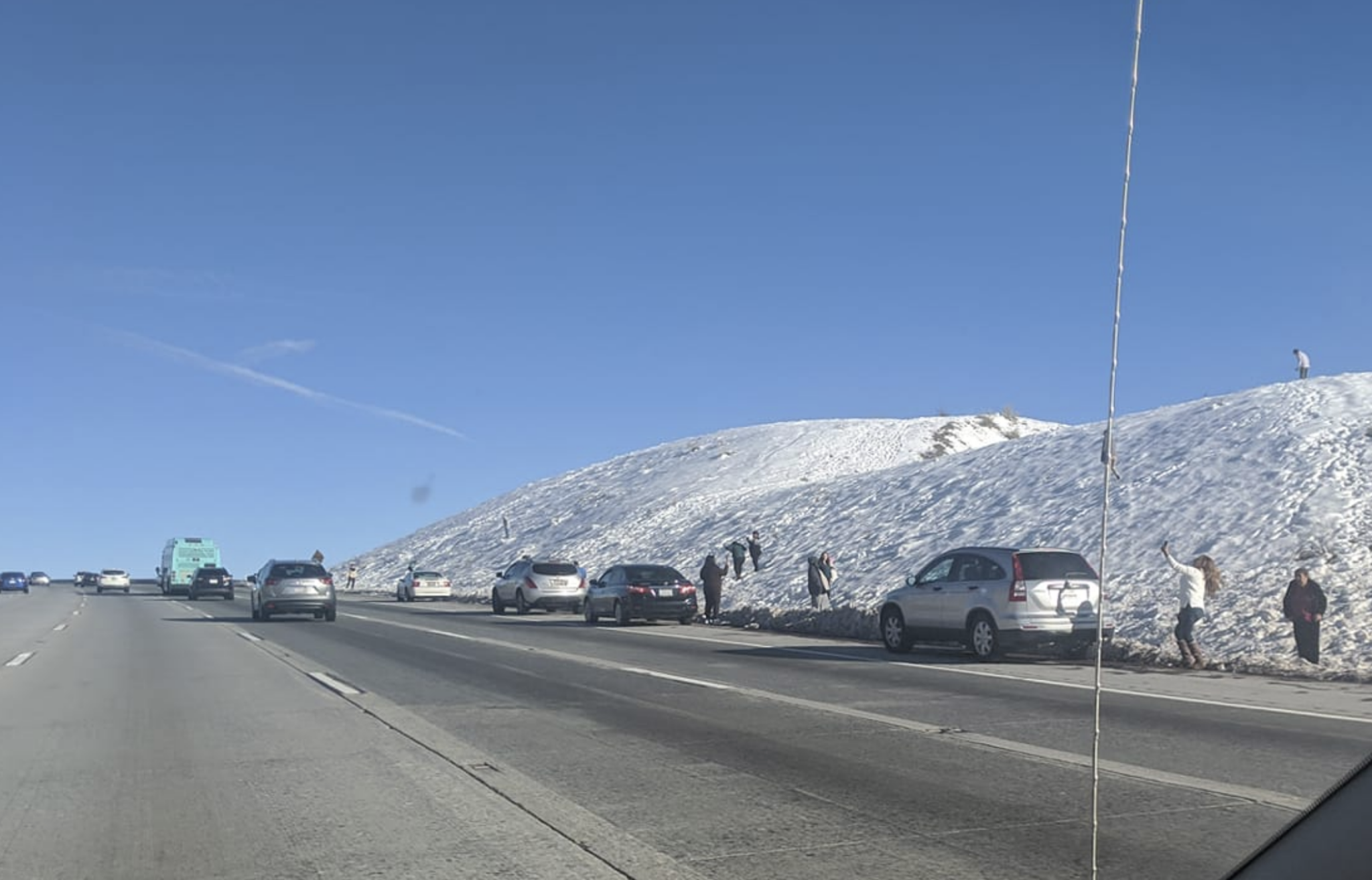 CAJON PASS, Calif. (VVNG.com) — It’s happening again, officers from the California Highway Patrol are busy responding to calls of motorists stopping along the shoulder of the Cajon Pass to play in the snow.

It may look like fun and games, but Caltrans and CHP say playing in the snow is illegal.

On Sunday, December 29, 2019, dispatch has received multiple reports of vehicles stopping on the northbound near Oak Hill Road and on the southbound side near the runaway truck ramp.

Other than being a really bad idea, non-emergency parking along interstates and highways is also illegal. Stopping on the freeway to play in the snow is not considered an emergency and you can be cited for that.

VVNG member Don Shults shared a couple of photos showing children and adults snow playing on a sloped hill on the shoulder off the freeway at about 2:30 pm. Don said there were about 15 cars that were pulled over and some people were even sledding.

Earlier this month VVNG reported on motorists who stopped to play on the runaway truck ramp in the Cajon Pass after the Thanksgiving Day storm.

Traffic through the Cajon Pass is currently gridlocked in both directions and motorists should expect significant travel delays. As of the time of this article, there were no major accidents to report.

Related Article: Motorist on I-15 stop to play in snow on the runaway truck ramp in Cajon Pass

According to CA Vehicle Code 22500.1 – No person shall stop, park, or leave standing any vehicle, whether attended or unattended, except when necessary to avoid conflict with other traffic or in compliance with the directions of a peace officer or official traffic control device along the edge of any highway, at any curb, or in any location in a publicly or privately owned or operated off-street parking facility, designated as a fire lane by the fire department or fire district with jurisdiction over the area in which the place is located.