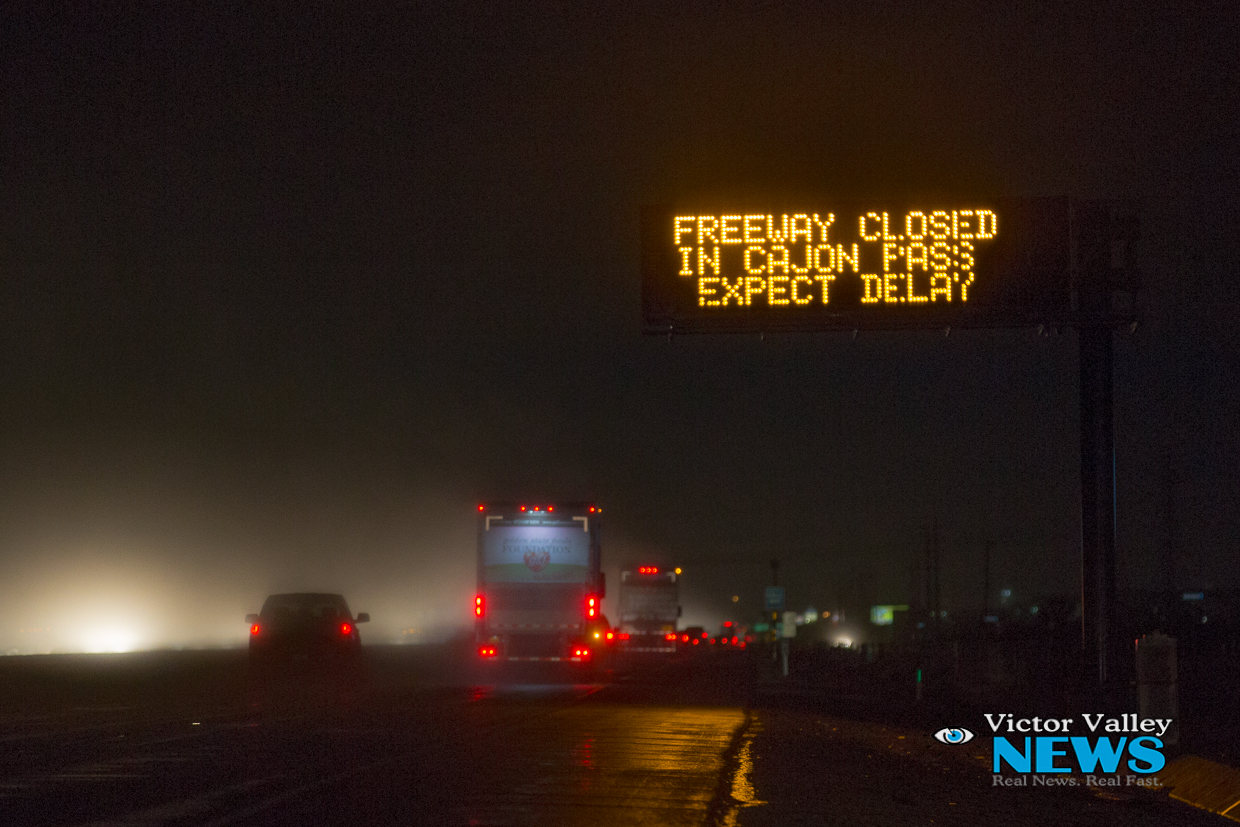 According to CalTrans District 8 Twitter, CHP will be conducting traffic breaks throughout the morning due to mud and debris flows along the northbound 15 freeway.

The digital information boards along the 15 freeway stated the Cajon Pass was closed and to expect delays. However, several motorists reported the freeway remained open as of 5:40 a.m.

At about 5:45 a.m. CHP was seen escorting over a handful of snow plows on the northbound 15 freeway followed by slow moving traffic.

Caltrans encourages motorist to leave early and drive with extreme caution. Or wait until the storm subsides.