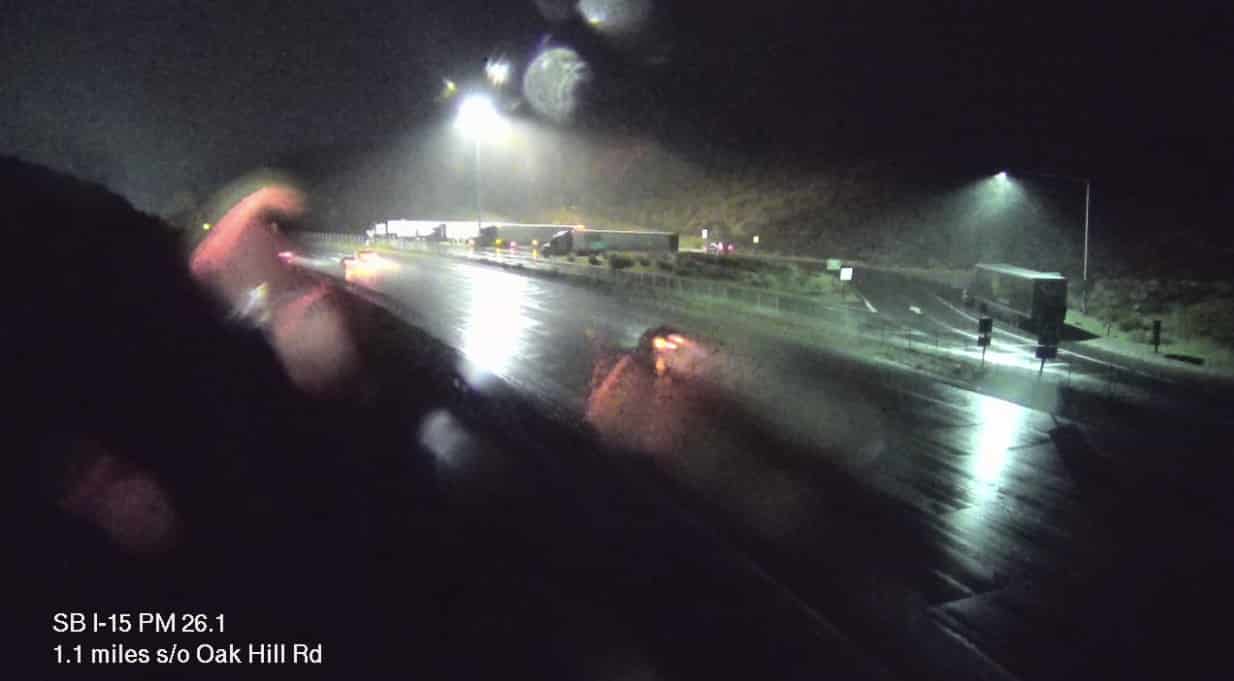 At about 11:00 pm on Christmas Day, December 25th, scanner traffic reported snow flurries had started to fall near the top of the pass, prompting CHP to lay down cinder across the freeway.

The National Weather Service (NWS) the heaviest snowfall will start after midnight and across the area from west to east. The NWS also advised the morning travel would be impacted by this storm which could cause dangerous to near-impossible travel conditions.

According to the California Highway Patrol incident logs, there is light snow from Ranchero Road and snow north of Highway 138.

Motorists traveling on the northbound I-15 are reporting that CHP was escorting traffic just before midnight. The fog is starting to get very thick through the pass.

CHP Fort Tejon was forced to close the I-5 Grapevine Pass after multiple vehicles were reportedly stuck due to heavy snowfall.

Stay tuned to VVNG.com for all the latest weather and traffic updated. Additional information will be shared as it becomes available.