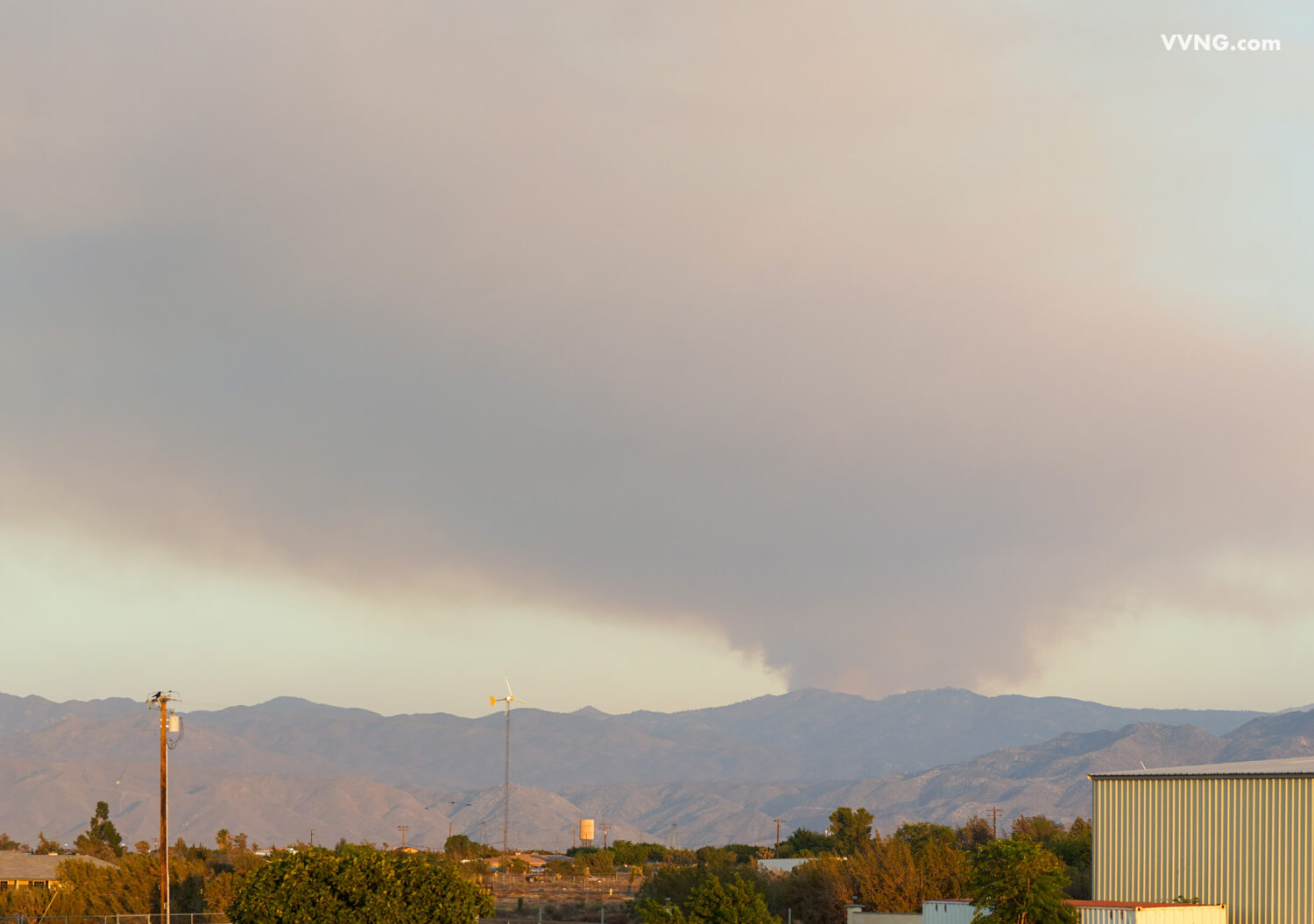 BIG BEAR, Calif. (VVNG.com)-– Smoke from the Radford Fire burning near the community of Big Bear is visible from the Victor Valley.

According to a tweet from the San Bernardino National Forest, Helicopter 535 was conducting lightning recon when a fire was spotted in Big Bear.

Initially, the National Forest reported the fire was 5-10 acres and aircraft and ground crews were at the scene. Firefighters were said to be making good progress on the 10-15 acre vegetation fire.

Within a couple of hours, the fire grew in size to 50 acres, with 0% containment, and 140 personnel were already on the scene and more on order.

The San Bernardino County Sheriff’s Department has issued an evacuation order from Glass Road to South Fork River Road due to the Radford Fire. As of 7:15 pm, the latest update put the fire at 200 acres with 0% containment.

The Mojave Desert Air Quality Management District said they are watching air quality monitors and sensors as the Bradford fire pushes smoke over the Victor Valley. The agency reminds the public that if you smell smoke, you’re breathing smoke. “We have an air quality advisory still in effect, which we may amend depending on smoke conditions and impacts,” stated the MDAQMD.