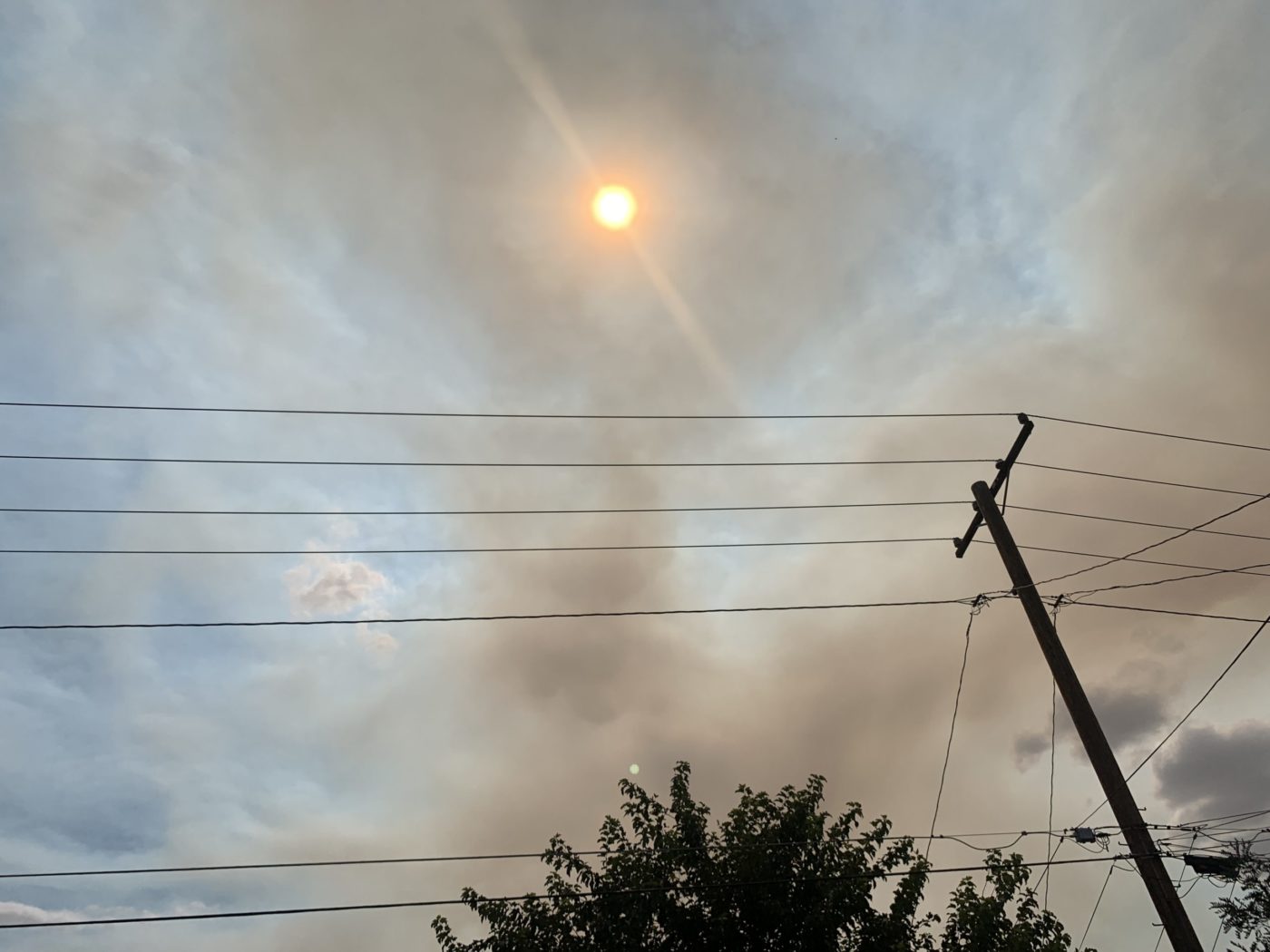 VICTOR VALLEY, Calif. (VVNG.com) — A massive column of smoke from a brush fire burning near Yucaipa is now impacting air quality in the Victor Valley.

The fire was initially reported to be 5 acres but that number climbed quickly to 400 acres with a moderate to dangerous rate of spread.

Eevacuation orders are now in effect for the Communities of Oak Glen, Mountain Home Village, Forest Falls and the eastern portion of Yucaipa.

Smoke from the fire has caused the skies in areas over the Victor Valley to turn into an orange/brown color.

According to a tweet from the Mojave Desert Air Quality Management District, the air in Victorville is unhealthy for sensitive groups.

Fire now cresting the ridge to the west. Mountain Home Village now under Evacuation Order. Fire now estimated to be at 5000 acres. pic.twitter.com/ARYw50qCrg