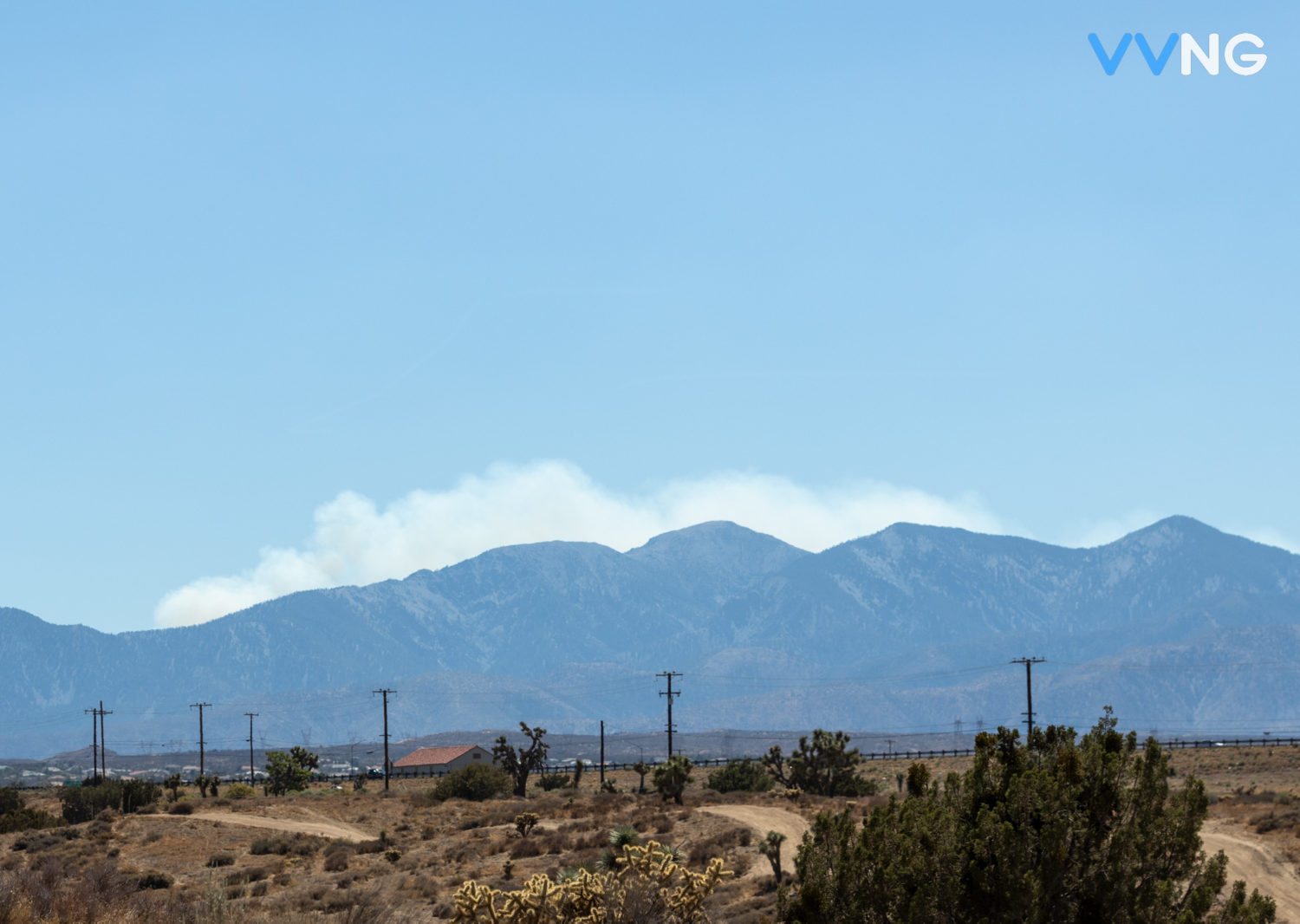 UPDATE: The Antonio Fire is holding at 50 acres as crews continued to build hose lines and containment around the fire.

VICTOR VALLEY, Calif. (VVNG.com) — Smoke from the #AntonioFire burning in Los Angeles County is visible from the Victor Valley.

At about 2:16 pm, on August 3, 2021, firefighters responded to a vehicle fire on Glendora Ridge near Mt. Baldy Road that spread to nearby brush.

Initial reports estimated the fire to be 1/2 acre with a moderate rate of spread, prompting a first alarm response, according to a tweet from the Angeles National Forest.

San Bernardino County Fire is assisting Los Angeles County Fire and Angeles National Forest Firefighters as they work in triple-digit heat to contain the fire. Strong gusty winds are causing the smoke to blow towards the Lancaster/Palmdale area and away from the Victor Valley.