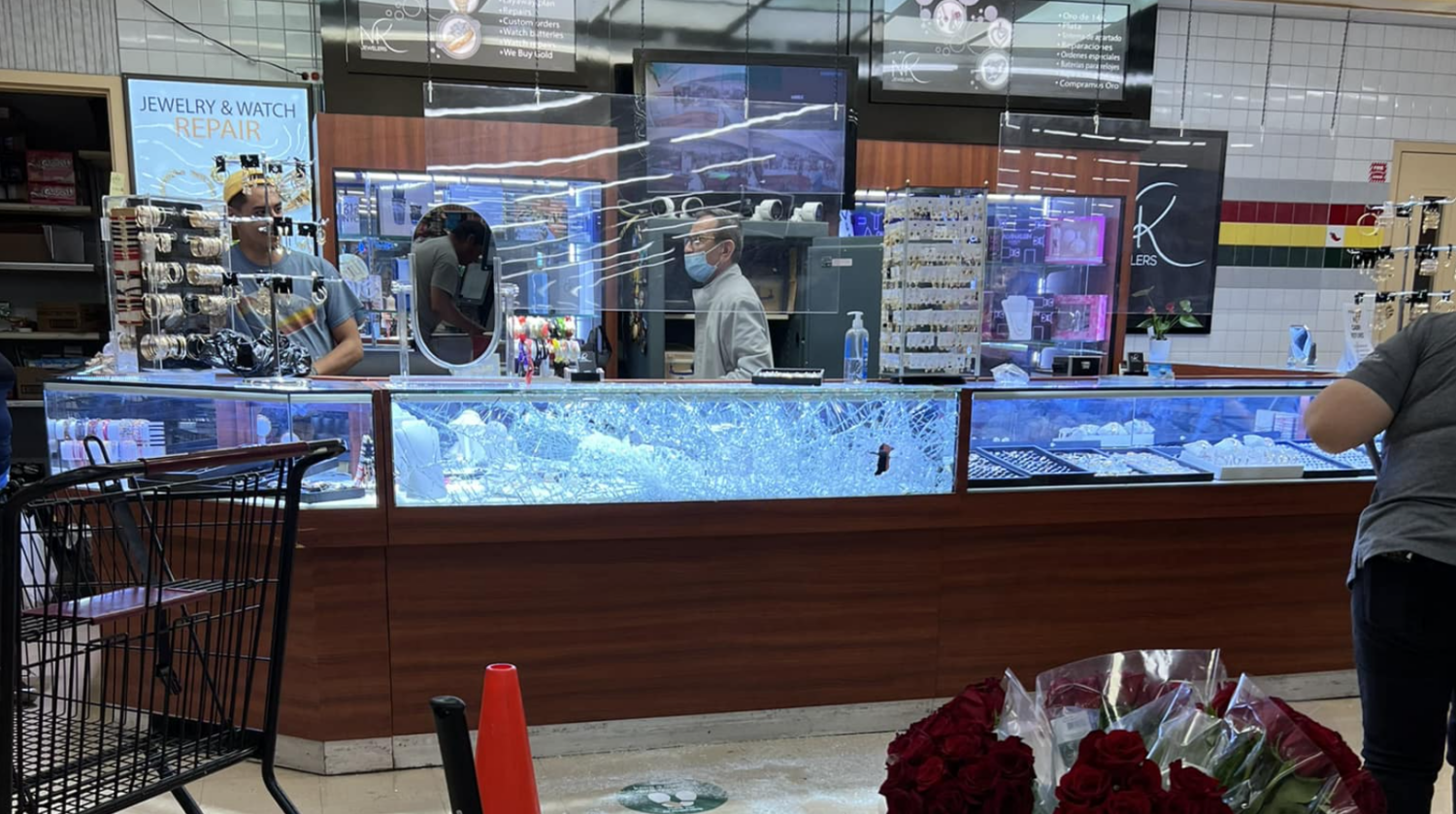 HESPERIA, Calif. (VVNG.com) — Police are looking for two men seen running from a smash and grab robbery at Nk Jewelers inside Cardenas Market in Hesperia.

A witness named David reached out to VVNG and said that two males entered the store, smashed the glass jewelry cases, and took gold necklaces and bracelets. The witnesses said the suspects wore all black pants, hoodies, and a black face mask.

A customer shopping inside the supermarket snapped a cell phone photo that showed broken glass below the display case and a woman sweeping it up.

The spokeswoman also confirmed there have been no arrests made and the investigation is ongoing. Anyone with information is asked to call the Hesperia Police Department at 760-947-1500.