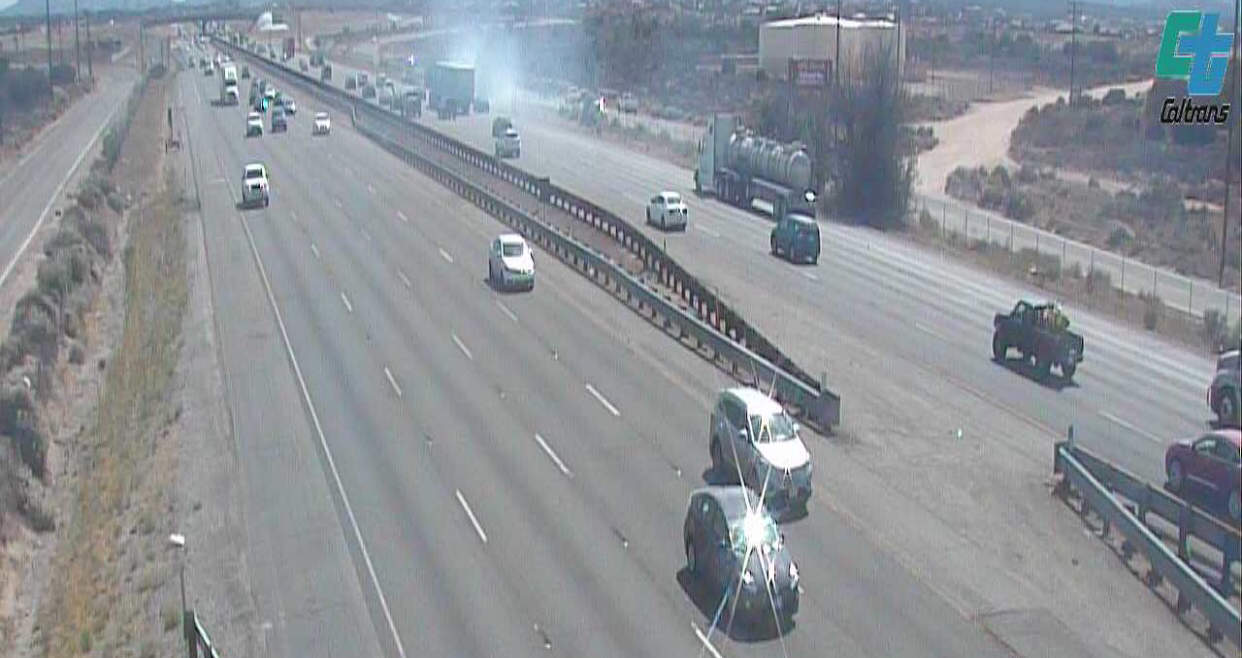 HESPERIA:(VVNG.com)- Dispatch received reports of a vegetation fire along the right shoulder of the southbound 15 freeway between Highway 395 and Ranchero Road.

Light smoke could be seen from the California Highway Patrol traffic cameras.

Firefighters arrived on scene and quickly put out the small brush fire.

At this time the cause of the fire is unknown.