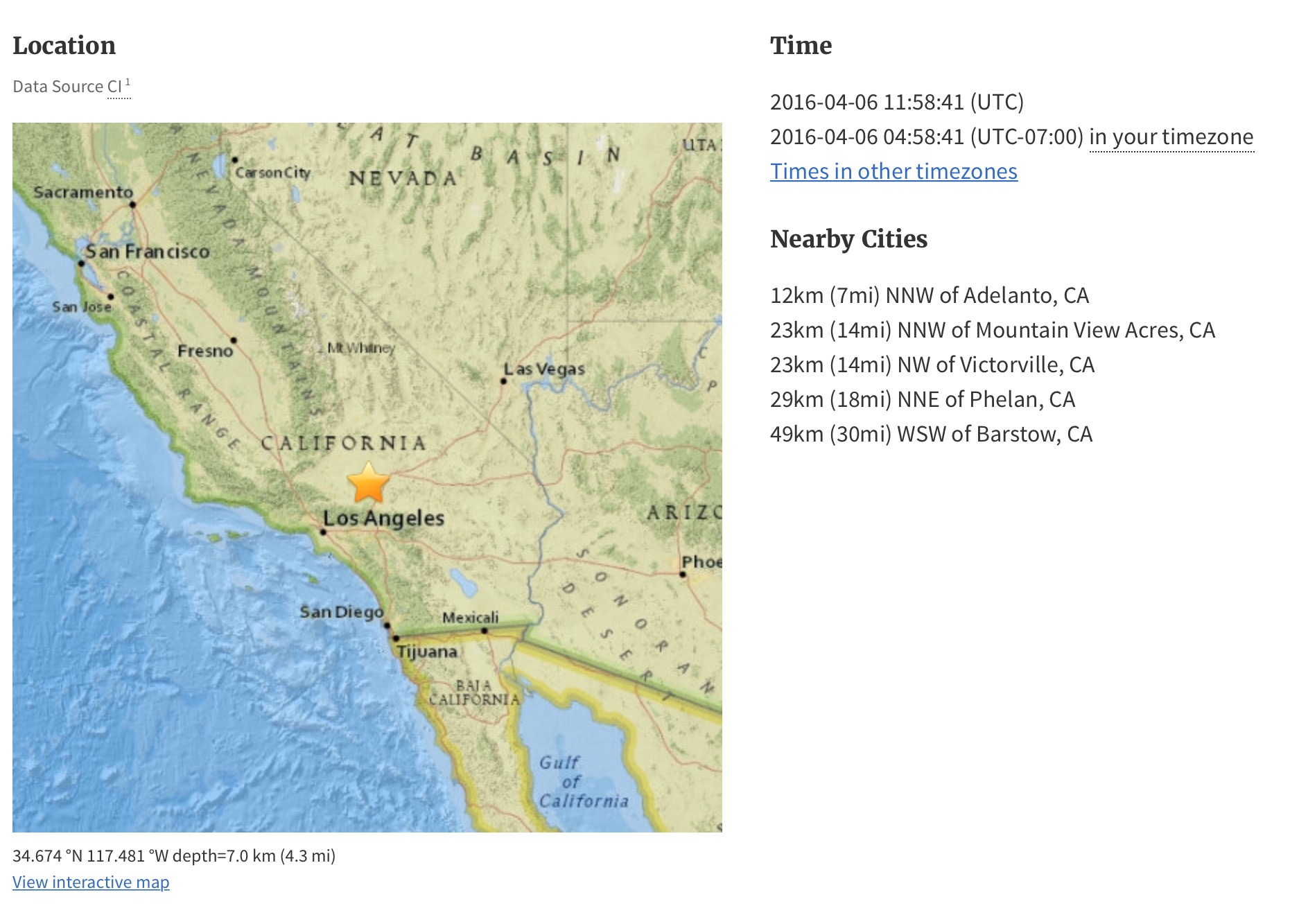 ADELANTO:(VVNG.com)- On Wednesday, April 6th At 4:58 AM, many Victor Valley residents were awaken by an earthquake.

According to the USGS, a preliminary 3.2 magnitude earthquake struck 7 miles northwest of Adelanto with a depth of 4.3 miles.

“Heard it, the house creaked and then one sharp jolt”, said Lesley Cunnigham Greenlee.

“Felt it here in Victorville. Woke me up”, said Amandy O’ Bannon.

“Heard it before I felt it”, said Evelyn Stanislaus.

Residents in Apple Valley, Hesperia and as far as Phelan reported feeling the jolt.

No injuries or damages have been reported as a result of the quake.

Get in on the conversation and join Victor Valley News on Facebook www.facebook.com/groups/victorvalleynews