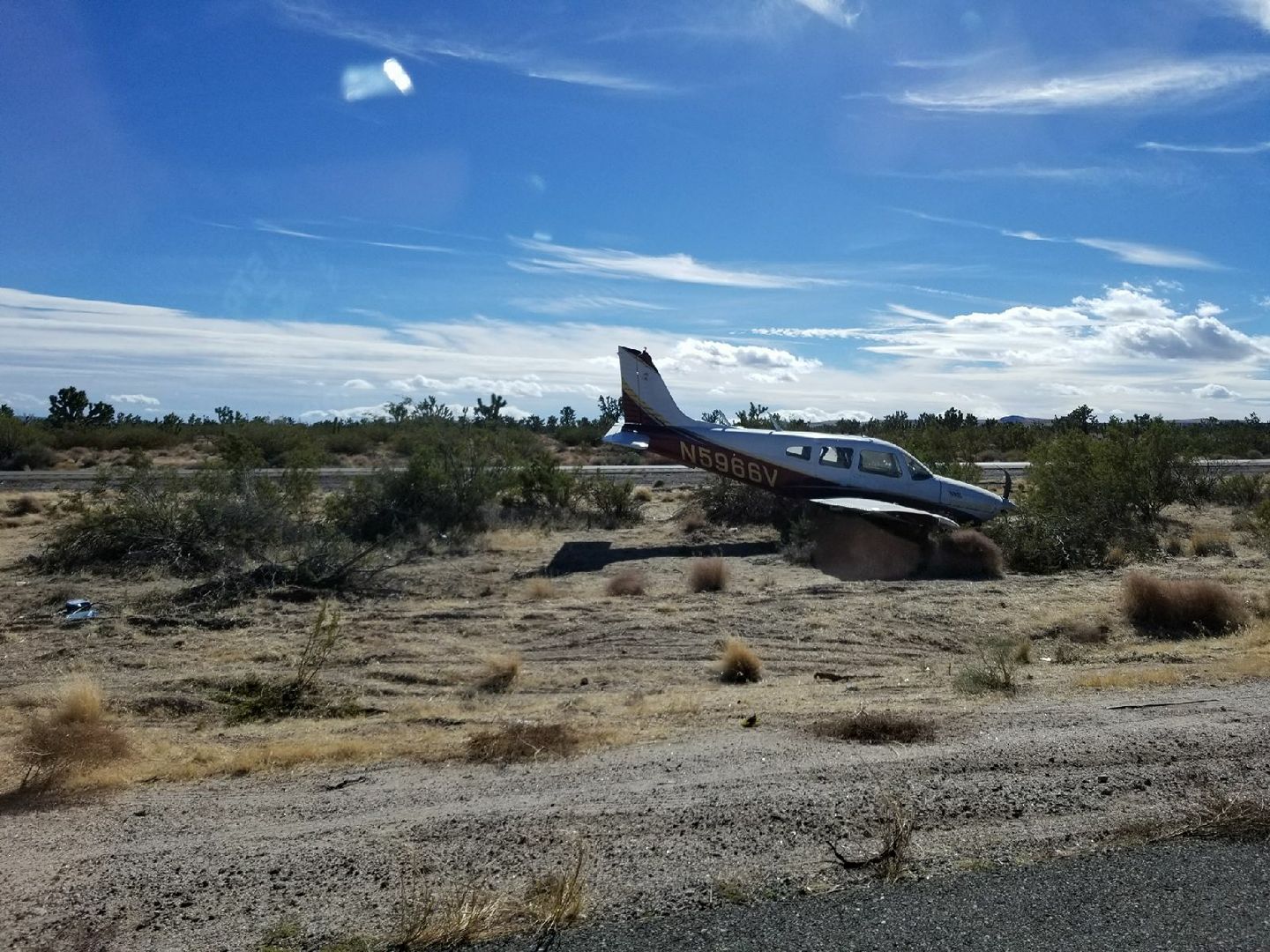 NIPTON, Calif. (VVNG.com) A pilot and passenger walked away from a small plane accident on the I-15 freeway Thursday night.

According to CHP incident logs, an “Aircraft Emergency” was reported at 5:54 p.m., along the northbound 15 freeway south of Nipton Road in Halloran Springs.

San Bernardino County Fire arrived on scene and confirmed neither of the two occupants onboard were injured.