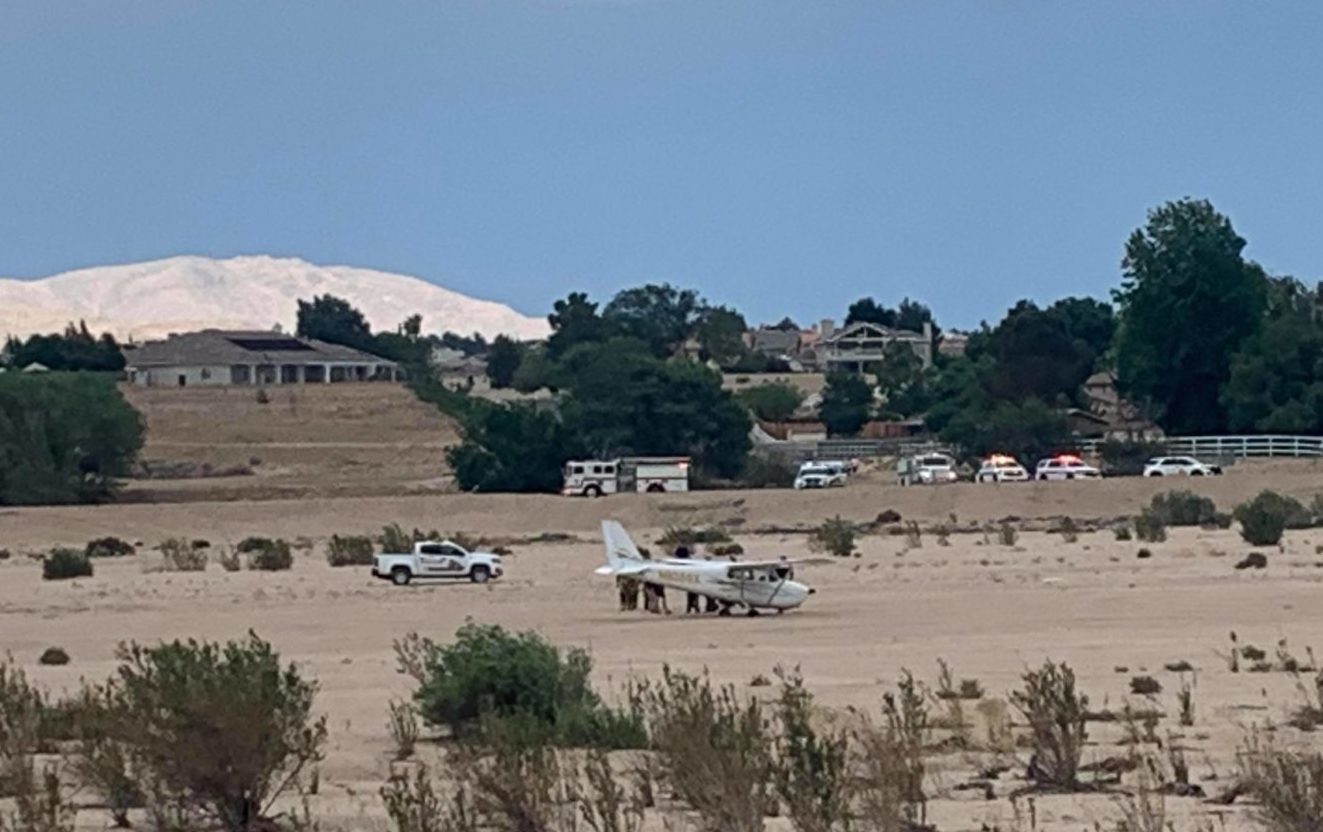 APPLE VALLEY, Calif. (VVNG.com) — A small plane made an emergency landing in the Mojave riverbed near the community of Spring Valley Lake after running out of fuel.

At about 4:20 pm, on Wednesday, June 23, 2021, Apple Valley Fire Protection District firefighters were dispatched to reports of an aircraft down.

Steve Colucci, heard about the crash on Facebook and rode his bike along the Mojave River trail to get a closer look at the Cessna 172 in the sand. When he arrived the male pilot and male passenger were already walking towards him.

“He and a passenger were in route to Oceanside from Las Vegas when they started running out of fuel just north of the mountains. He turned around and tried to make it to Apple Valley but ran out of fuel,” stated Steve. “He turned into the wind and landed safely with the only apparent damage being a bent propeller.”

Steve said there was an element of irony. “I asked how they were going to get it out of there and with a puzzled look of frustration, he responded, I have no idea.”

A group of local residents that are part of a Facebook group called Desert Recovery SOS accepted the challenge to help the owner remove the plane from the riverbed. No injuries or damages were reported as a result of the incident.

5 Helicopters to land for a crash on 15 freeway