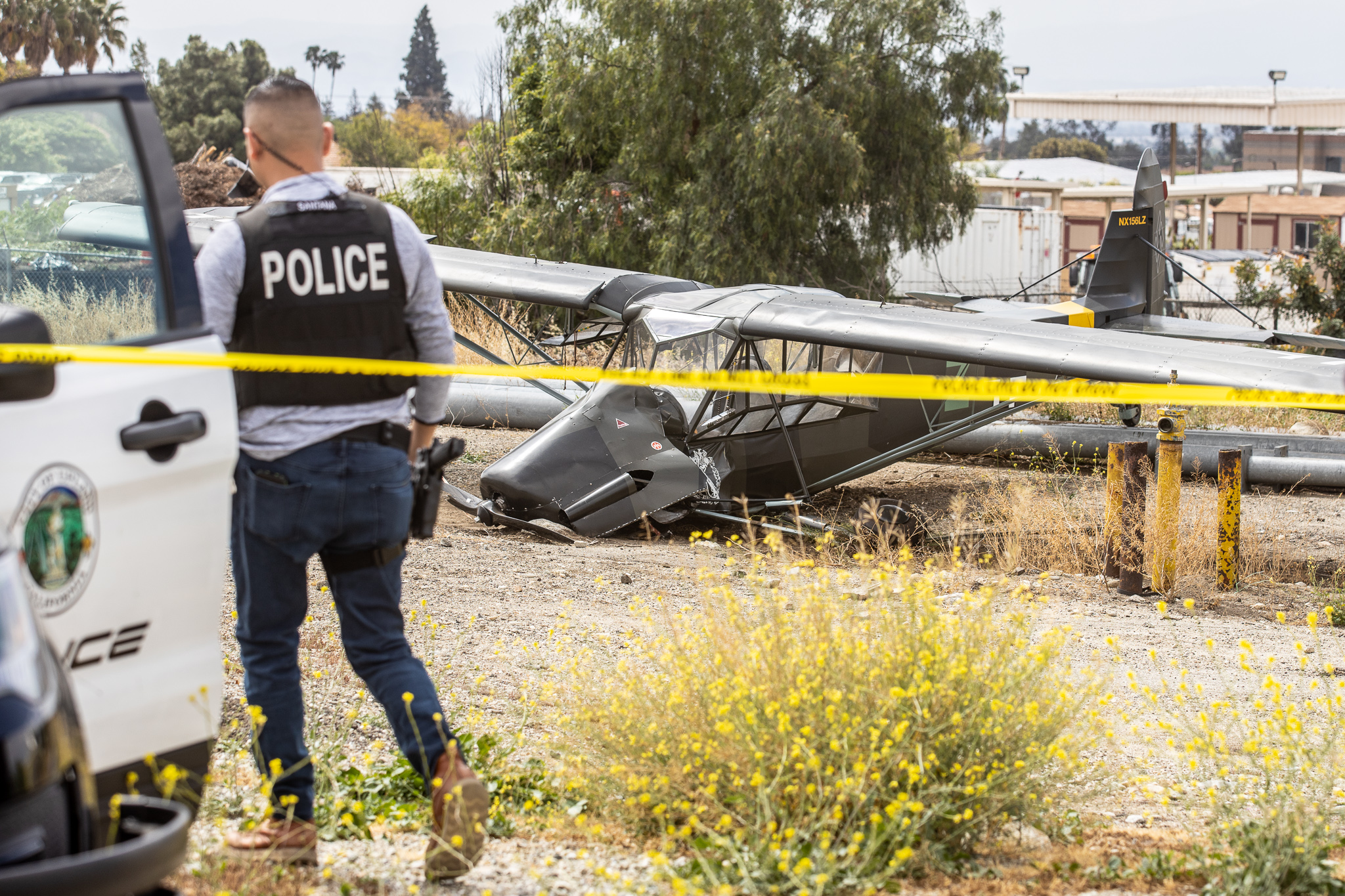 UPLAND, Calif. — A small plane crash was reported just east of Cable airport, directly across the street from the airport in a field.

It happened Wednesday just before 10:30 am in the city of Upland.

San Bernardino County Fire responded and Twitted that they had completed extrication on the pilot, who was considered to be in critical condition.

The pilot was transported to a local trauma center. His identity was not immediately available.

The crash did not cause any post-crash fire or other hazards, per Fire officials.

The Upland Police responded and taped off the scene and are awaiting the FAA to respond for the crash investigation.

No other injuries were reported, and only one person was onboard the flight.