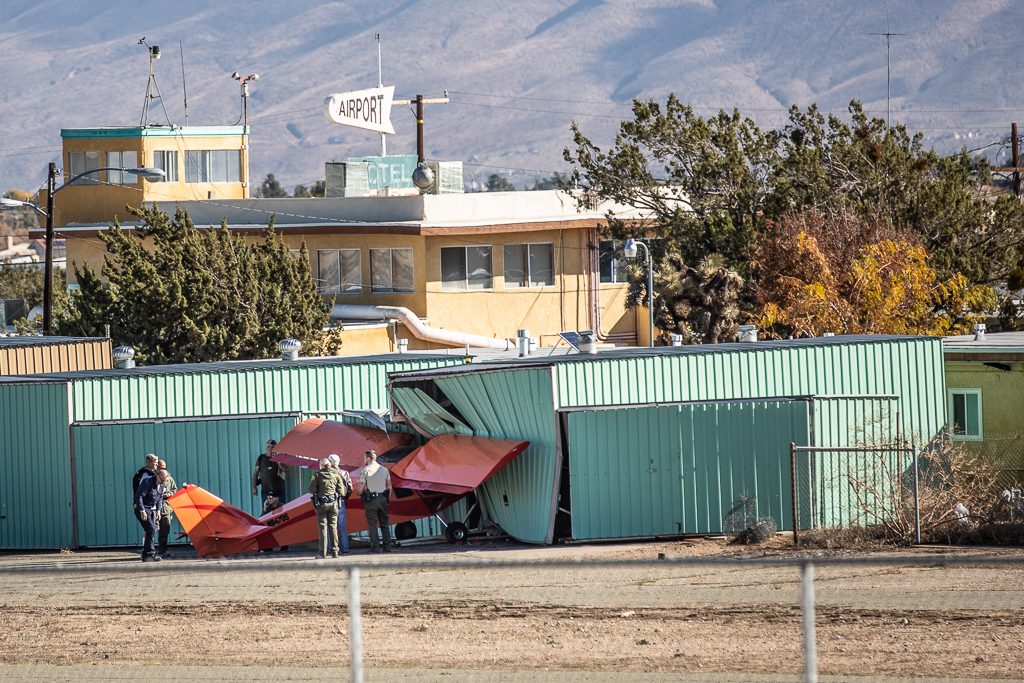 HESPERIA, Calif. (VVNG.com)  —  No injuries were reported after a small plane crashed into a building at the Hesperia Airport Saturday morning.

At about 10:00 am, San Bernardino County Firefighters were requested to respond to the airport at 7070 Summit Valley Road reference a plane crash.

Upon arrival, firefighters located a red/orange Cessna plane that had crashed into a green storage type building along the runway.

According to firefighters, no injuries were reported and everyone exited the plane.

Sheriff’s spokeswoman Cindy Bachman said a small, single-seat fixed-wing airplane was landing when it collided with an uninhabited steel building at Hesperia Airport. “The pilot sustained a minor injury to his leg but is otherwise fine,” stated Bachman.

A San Bernardino County Sheriff’s Aviation Helicopter landed at the scene to assist with the investigation and determine the cause of the crash.