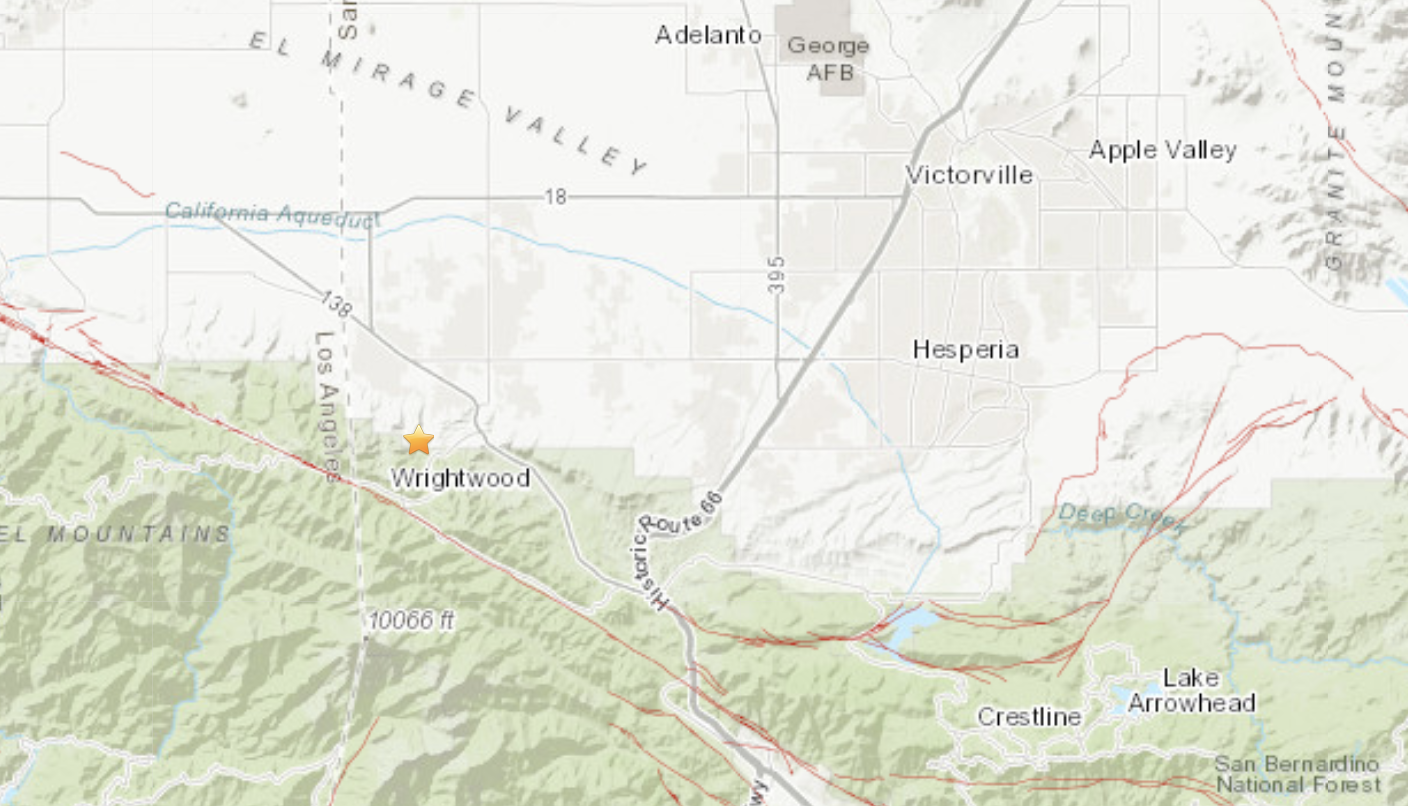 According to the USGS, the epicenter of the small quake was 2 miles from the mountain community of Wrightwood.

Residents reported heading the quake before it shook and others also described hearing a what sounded like a strong wind followed by two loud booms as it shook.

A resident down in Pinon Hills who also felt the earthquake said it sounded as if something exploded.

No injuries or damages have been reported as a result of the micro quake.