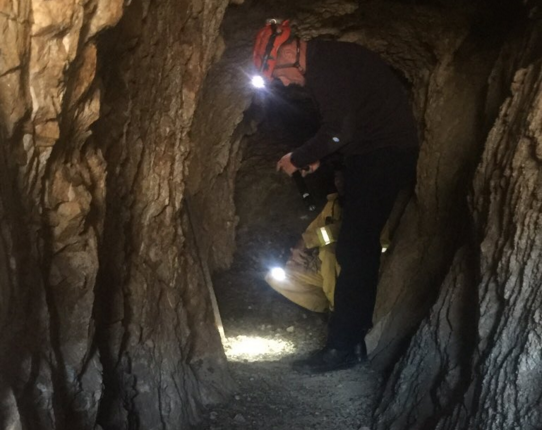 Fire officials said that the family was walking through the area near Meridian and Powerline Road, when they discovered a mine. They went inside to take a look, during which time their dog went astray causing her to slide down nearly 2 stories into the mine. The family was able to see their dog, who they said appeared to be in good health, but could not get to her.

The family called for assistance in rescuing their dog. Rescue personnel arrived shortly after to begin the search and rescue. The dog was rescued, and appeared to be in good health with no visible injuries.

A San Bernardino County Fire Department Helicopter remained on scene through the rescue as a precaution.