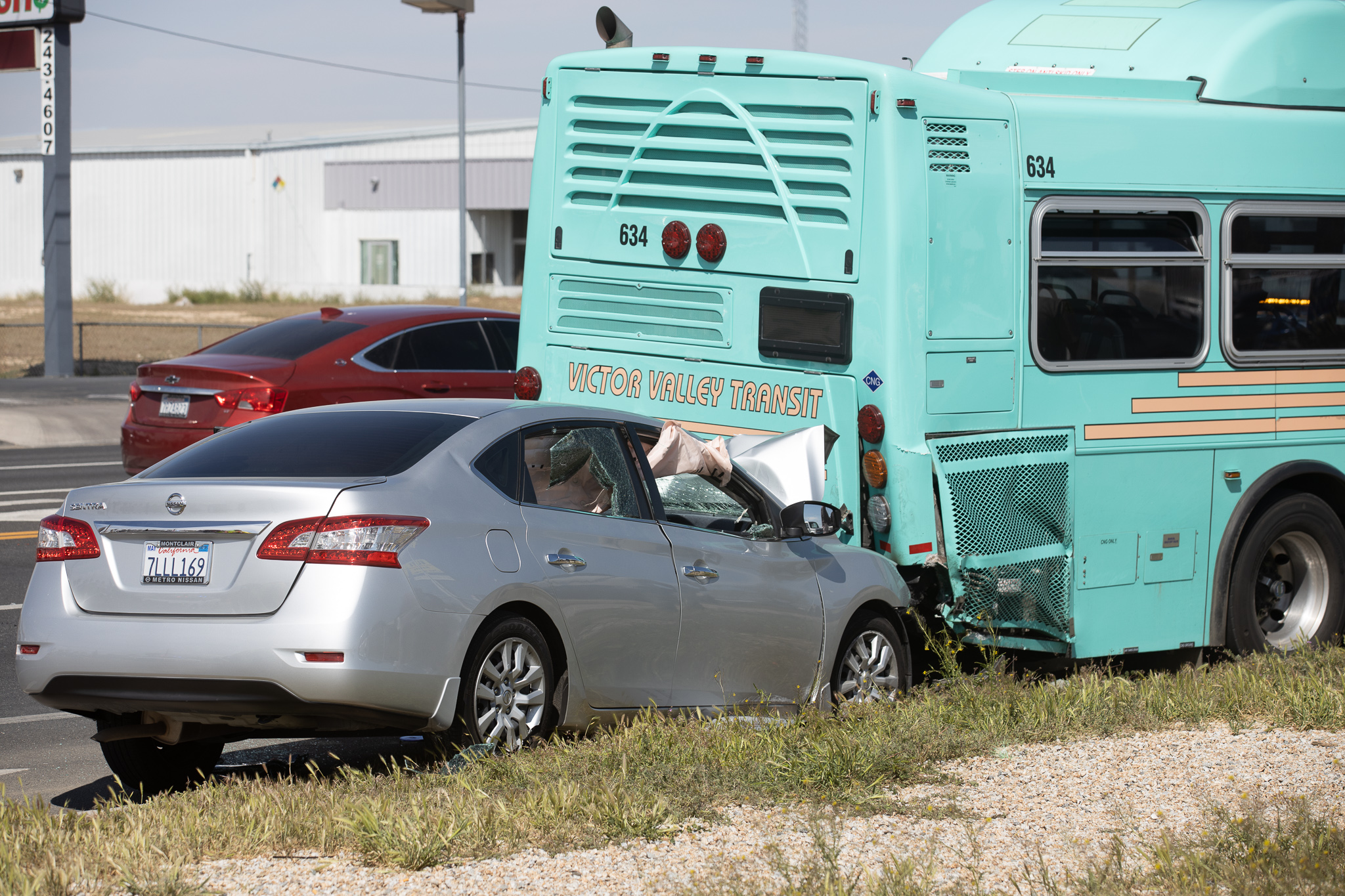 Victorville, Calif. (VVNG.com) — Deputies say a sleepy driver was the cause of a crash that injured several bus passengers Thursday afternoon.

It happened at about 2:30 p.m. on Palmdale Road just east of Road and involved a Nissan sedan and a Victor Valley Transit Authority bus.

Deputy Ramos with the Victorville Police Department said the driver of a silver 2015 Nissan Sentra crashed into the back of the bus that was parked on the south side of Palmdale Road.

According to Victorville Fire Captain David Groat, the call was initially dispatched as a crash with a person trapped. But when they arrived on scene the driver of the sedan was already outside the vehicle.

There about four additional victims inside the bus, Groat said. Two of the victims were transported by ambulance.

A woman who was sitting in the rear of the bus with her infant baby and small children when the crash happened.

“We’ve never been in a crash before, so it was really scary. We’re going to the hospital to get checkout out,” said the passenger.

The driver of the Nissan told deputies that he was driving home from the end of a work shift and was tired.

The crash caused a traffic jam for those traveling in the area for about an hour.