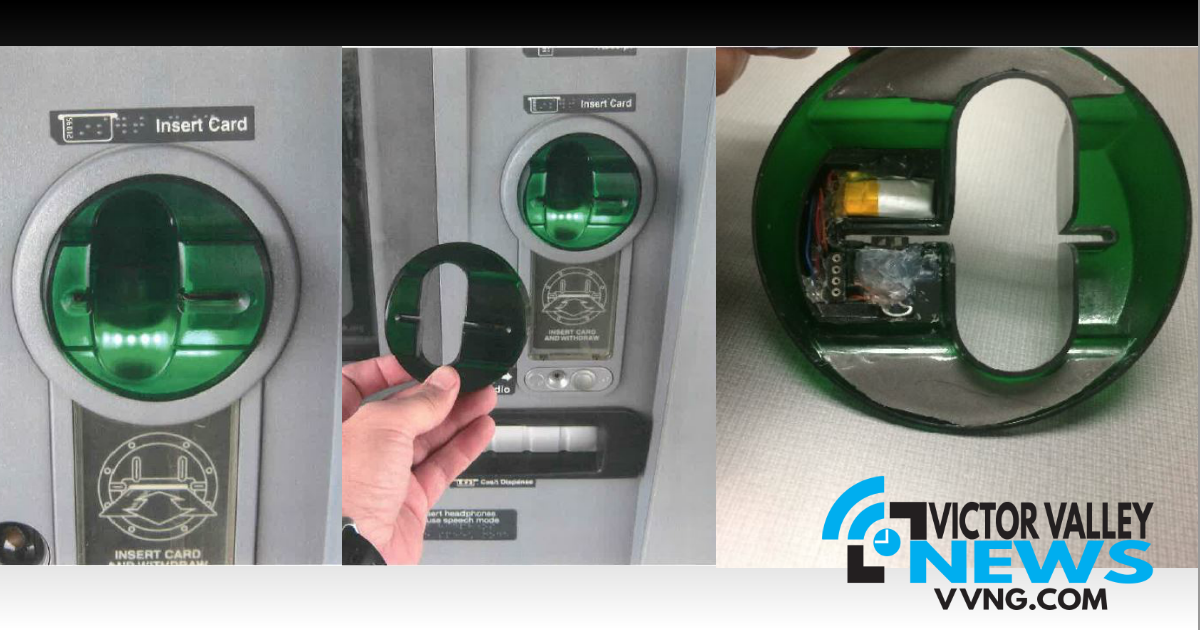 VICTORVILLE, Calif. (VVNG.com) The Victorville Police Department is notifying the public about a skimming device discovered at an ATM machine.

Deputy R. Ripley from the Victorville Police Department responded to the location and met with the reporting party.

The caller stated he was going to use the ATM when he noticed something looked strange about the device.

“He pulled on the cover of the card reader portion of the machine and the outer cover came off. He discovered a skimming device had been attached to the inside of the cover. The bank manager and security officials were made aware of the device,” stated Sheriff’s officials in a press release.

“I have been told that the bank has already began contacting anyone that used the ATM during the time period in which the skimmer was in place,” Victorville Sheriff’s spokeswoman Mara Rodriguez told Victor Valley News.

“Also, due to the fact that the device was confiscated and is now in the possession of the Victorville Police Department, as evidence, there was no information obtained by the person(s) who placed the device, per the bank.”

[box type=”warning” align=”aligncenter” class=”” width=””]The Victorville Police Department would like to warn the public of the potential of skimming mechanisms being placed on ATM’s, gas pumps, etc., that could lead to your bank or credit card information being stolen and used without your knowledge. You are always cautioned to check the area where you insert your card. If you feel there is a problem with the machine, please report it to the owner of the machine or call the non-emergency Sheriff’s Dispatch number, (760) 956-5001, to report it. [/box]